Photo below is the trailing edge as the storm moved north east. 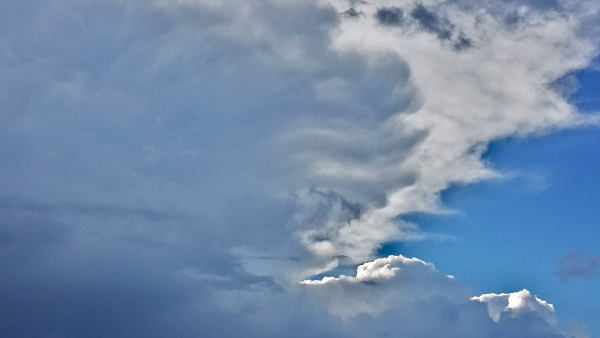 Big rigs exit off of Interstate 30 near Mt. Vernon, TX. 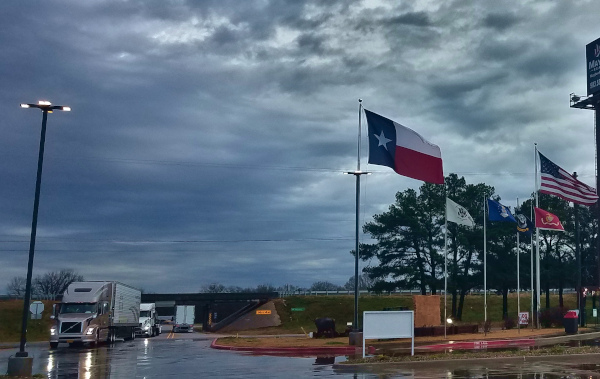 The next morning from a down the road view. 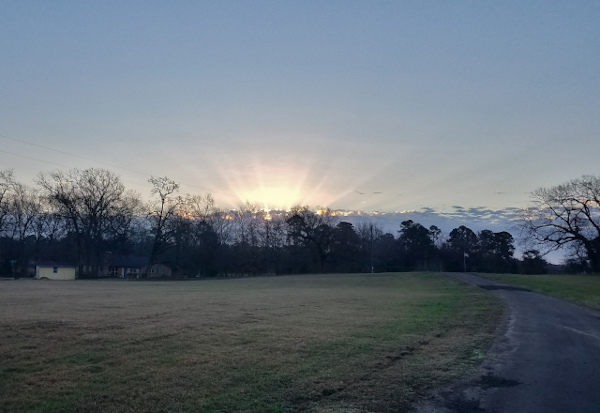 I found an old time craftsman. 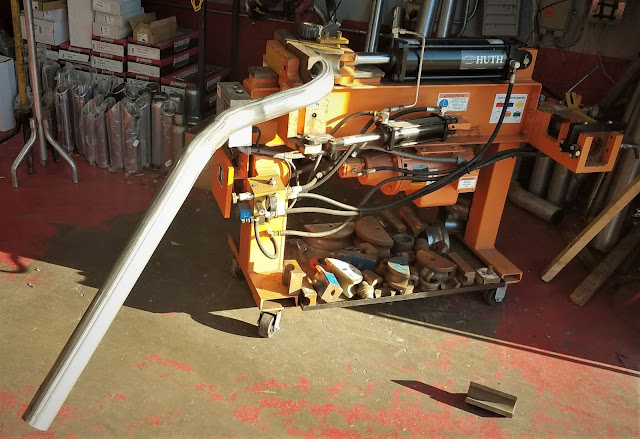 The tail pipe and muffler had again failed on the Dodge. Every three years after living in NH and driving on the winter salted highways.

I have found an excellent shop here in east Texas for getting work done on our cars.

I stopped in to get a quote on fixing the exhaust leak. An older fellow put the truck on a rack and called me to take a look. "Winter in New Hampshire" he said. My license plate gave it away that the truck had endured salted highways. I told him we had just moved to Texas and it was time for a new muffler system. He showed me the failing rusted tail pipe and muffler. I asked for a quote and if he had to order both the muffler and tail pipe. I expected he would have to and that I would have to make a come back appointment.

"I can fix it now; will take me a little over an hour; I have all the pieces and parts; $230 complete" he explained. I did not expect that. I have been trained in car repairs that parts always have to be ordered, have to make an appointment and to have to return at a later date. It is the norm now as most shops do not have skilled workers who can make on the spot repairs like this. I was surprised and said yes, go ahead and do the work.

I would sit on the outside bench in the warm morning Texas sun and wait.

And it dawned on me, watching him start to work, that he was going to install a stock muffler and then build a tail pipe from round tail pipe straight stock. This was the norm in days of old. Craftsman working in shops with skill sets and that special touch their experience brought to that particular shop.

I watched as he changed out pipe bending forms on the hydraulic pipe bending machine and then begin compound bending angles. A few bends, a test fit, back to the machine and so forth. A saws-all cut the final length and after a short time the tail pipe was fit over the rear axel, attached to the end of the muffles and lifted into the tail pipe holding straps. Like a glove, the unit went in.

A quick wire weld around the fit and he was done. Old system cut out and tossed. New system, hand built and installed all in 73 minutes. I just happened to look at my watch.

This whole process is in and of itself remarkable in this day and age. The price is beyond reasonable. The quality of work exceptional.

The fellow said he has been doing this for 45 years. I asked him if he knew that "they do not make him anymore?" After a moment he said "yes."

We talked awhile about the "trades" and skilled workers who know what they are doing and enjoy the work. I told him how much I enjoyed watching him work his craft and that I appreciated his work. He smiled and said thank you.

To round off that mornings work on the Dodge truck, the tires were set to 40 lbs. each, NH license plates were removed, new Texas plates installed along with the windshield sticker. All for $230.

The mechanic was happy in his work, pleasant to visit with and actually enjoyed the give and take between employee and customer. The owner of the business appreciated my business, said so and I told him that his shop has done and will continue to do all the work on ours cars.

The deep throated sound of the old Hemi has returned.

A very fresh breath of air last Wednesday morning. There have been quite a few breaths like this in the past month in the way folks here treat other folks on a daily basis.

Spatchcocked a whole chicken this past week. Seasoned to the hilt, let sit for a few hours and baked at 350 for an hour. Ate on that for three day. Messy. Chickens grown here in Texas are big, fat and juicy. I never saw chickens like this in the NE. Side note: gas station fried chicken is 10 times better than any cooked chicken we ever found in years past. Ever!!

Got my fishing license, two reels and poles from an estate sale and a few lures. Neighbor says he needs someone to go fishing with him on near by lakes. I am told what we will fish for is good eating. He also says that we drink some beer, tell lots of lies and eat baloney sandwiches and call that time spent fishing too. I am also going to learn Noodling. Not like Hannah Barron does. Will keep you posted.

Have 4 large cow feed/watering tubs that we will use for raised gardens this season. Add to this a dozen buckets of growing veggies and the like. A learning year. Winter plants out now and planting starts near the end of February.

Neighbors plant large tracks of soil with just about everything. Eating daily from gardens, canning and dehydrating. We ought to be able to have some success.

Rumor has it that there is a Super Bowl this year. Tom Brady has brought his new team to the party.  Budweiser is drinking the cool aid.

Will there be masked cardboard cut outs in the stadium and will they be set 6' apart? Will the announcers play all the political tunes, sell the lies, tell the fairy tales and will the National Anthem of this great land be played?

Seems odd strapping young alpha males will publicly live on their knees and protest the peoples and arenas that brings to them multimillion dollar contracts.

While in the presence of like minded folk, my wife was found laughing so hard this past week, that tears were running down her cheeks.

Some cup cakes and one pie going to neighbors. The rest will be covered in icing and whipping cream. My wife is keeping her pie making skill sets up to date. 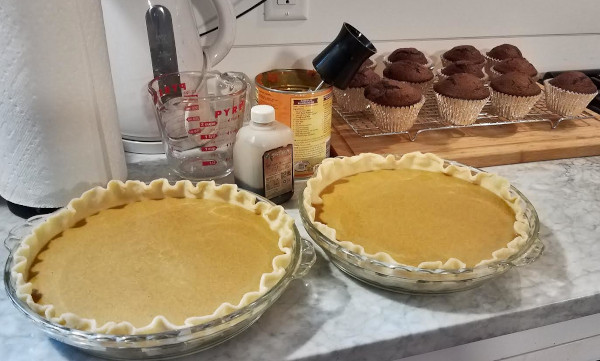 You came back again this week. You get an atta girl and an atta boy. Thanks. You know I appreciate.