GLASSING THE OPEN FIELDS -- RONA A TWINKLE IN SOME BATS EYE

Glassing the open fields does not put us behind fortifications this day. The serenity of the visual calm and quiet stirs mixed feelings.

Signals from the hills far away still tell of the rising tide. It is still coming and everyone will be touched.

According to police reports, folks coming north are finding empty vacation cabins in the lakes region and moving in. Squatting. Worrisome and opens the door of what else is coming and what is that going to look like? 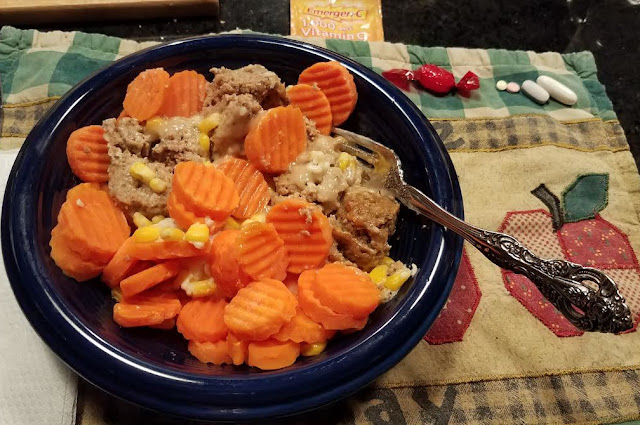 Sunday was a stress day for me and mostly self-induced. Ducks not in a row, low clouds, rain, drizzle, damp cold. Northwest coastal weather. The kind of weather that sends young couples, who have moved to the excitement of Seattle, back to family in less than a year's time.

Topper was son's birthday and we chose not to hug. Birthday party 2.0 later in the weeks/months ahead.

We delivered a small, just out-of-the oven prime rib for him and his gal, chocolate cup cakes and a couple gifts. Good heart gifts. Emotions surfaced that we could not cement with holding family close. Difficult, but not impossible.

The heart just ached that day for all of us. But in a world turned up-side down, we were not the only folk with heartache. We move on. We always move on.

Her and I had nothing at home waiting as dinner. We were not going to cook. We decided to stop in at our local market and pick up some wings and a couple meatloaf dinners. She is a fan of the locally prepared meatloaf meals. Four meals for two cents over $15.

A half-hour before closing at the market. Quiet and noticeably clean. It felt clean. The walk in and the surrounding aisles and people; fresh; bright. Nothing out of order, floors bright and displays neat and tidy. The few customers and staff were practicing some distancing, polite, helpful and getting it done. Not sure what other markets look like around the country, but ours has the whole package together working daily in tough times. We thank them over and over and it all helps.

Dinner was on the table, piping hot from the microwave as quickly as we turned up the heat and took off our jackets.

There is still order in the world. Simplicity reigns.

My bet is this is a new normal of crossing state borders and will be common a week from now. 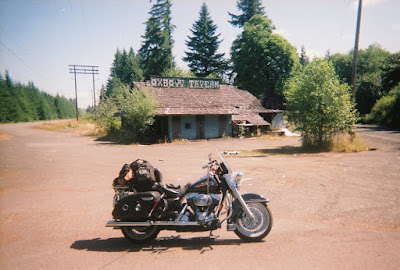 "Well sonny, I can remember the day when we could cross this whole country top to bottom and side to side with only the welcome signs to and from each state................." said the old man.

Add Texas to stopping and checking all of their borders as of Tuesday.

Not proud of filling this dumpster. Even less proud that I was still throwing and tossing when the fellow came to pick it up.

We had it for a month. Paid up front. Initially, I thought we might had wasted our money.  Not so much. 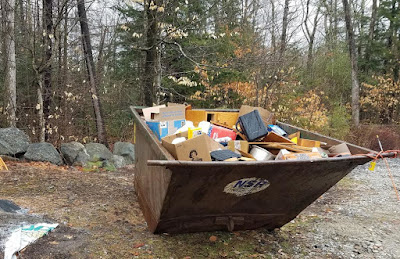 Flat surfaces have become a problem. I fill them with stuff. Stuff not put away. Stuff I think I will need, use or add to another stuff to make a larger stuff.

Found stuff I never knew I had. Found stuff I had forgotten about 10 years ago. Say what you will, I/we had stuff.

I set down a roll of electrical tape and a screw driver a few minutes ago on one of the clean flat surfaces by the chop saw. I will get to putting it away next time I go downstairs. I promise.

We purchased this roast when the 'Rona was just a twinkle is some bat's eye in a wild food market in a land far far away.

It has been passed over a dozen times for other freezer foods. To the point where it appeared that it was never going to make it to the dinner table. That would have been a mistake. 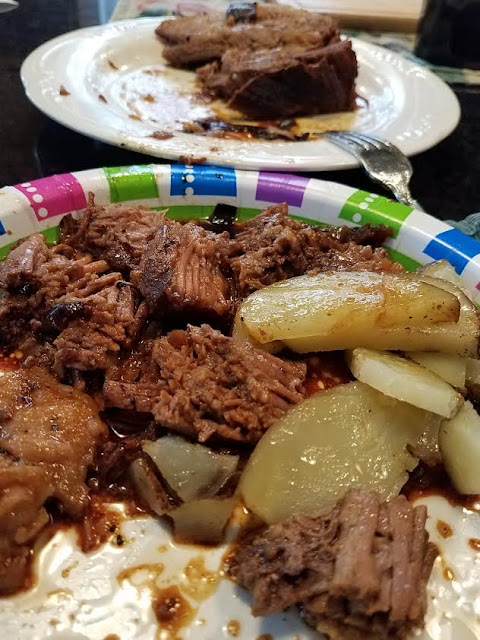 Glass pan covered with tin foil. Set it and forget it.

A cup of left over beef broth to stir up the dregs. Sliced against the grain till it started to fall apart.

The only thing missing was home made bread for additional soaking. Next time.

This is comfort food to the Nth degree.

The passing of west coastal rain and filled in behind with cloudy and warmer. Attitude better.

Headlines say that April is cancelled and from snippets around the world, that fracking bell curve will be peaking mid-month. Maybe, just maybe May will be a month of positive up-ticks.

Chances are we all will come to a point of "F===it, we are getting on with getting on." Eventually the survivors will be the story. Time will tell as it always does.

Long days of housework cleaning have given into a day off. Her wants to again get out of the house. A brief list was made over breakfast. I do want to do some photography. Recording of the times and all of that.

We plan to drive back roads north to one of our favorite stores and then circling clock wise as far south as the skirts of Manchester, then back home. The shopping we would like to do will be dictated by people out and about; or not. Mostly a road trip and enjoying the signs of Spring. 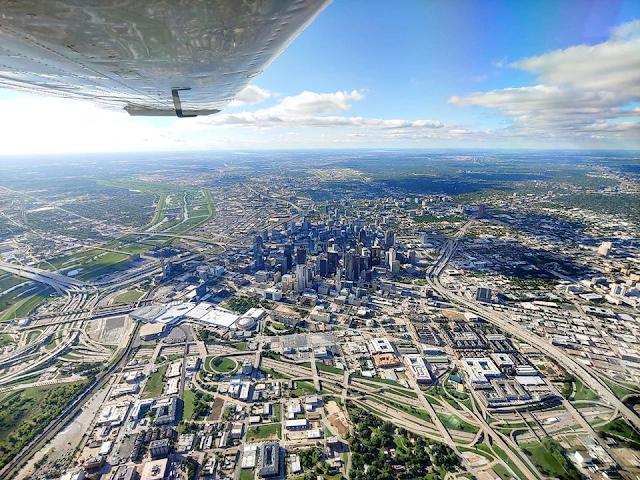 The story in the above photo is the absence of traffic.
Photo taken by her nephew in his Cessna 210