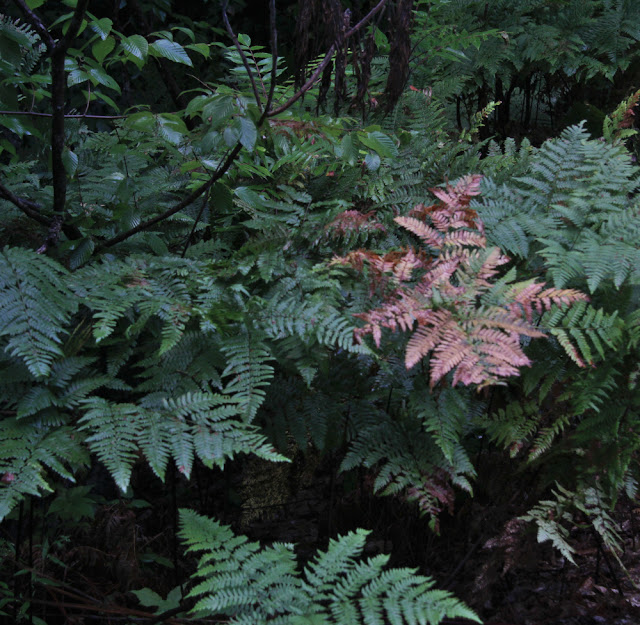 Remnants of Hurricane Dorian blew through last Friday night. Six hours of welcomed rain. Cool Saturday morning, clearing skies, trees letting go of rain on soaked leafs and mother nature again at her seasonal work. Rusting ferns along the driveway are a reminder that there is still order in the world. Fall colors are on their way.

I expect the birds to return soon to the feeder.

Seasonal clean-up and winter preparation with new projects of cleaning and downsizing much of the "stuff" that accumulated over the past 20 years. 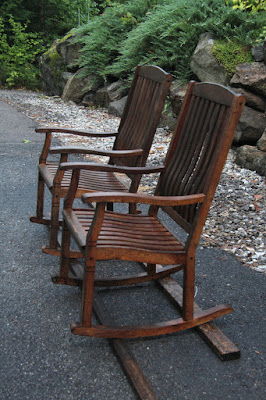 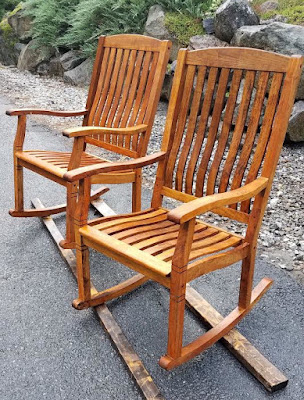 The two deck chairs were two years behind in cleaning seasonal weathering. A few minutes with a power washer and they are like new. A light hand sanding and a good coating of teak oil when they dry will hold them through another year..

These chairs are at least 8 years old and I am surprised that the joinery is as tight as when we purchased them. Unusual, but a testament to how teak weathers and how well it adapts to outdoor applications.

I found this article on The Feral Irishman blog this past week and had to laugh as my wife and I have had this (these) conversations a few times over these past crazy years. How did we ever survive growing up?


Adding to this article: hitting a .22 bullet sitting on a small rock to see what would happen. Only did that once.

BB gun wars where the only rule was not to take head shots. We were smart enough to know some limits. Hiding the BB welts from our parents for a week or two was an art form.

Playing stretch with our pocket knives on the lawn. Never had someone stick a knife in my foot. But there we some good stories told by our peers.

Shooting a bow and arrow straight up over our heads, watching the arrow stop top flight, turn and weather vane back to the ground. The trick was to never lose sight of the arrow.

Building a tree house 60' above our driveway. Played and played and climbed that height to sit, lean on 2 x 4 railings and survey our entire neighborhood. Day after day for several years. Nailing the railings on the inside of the limbs was a construction lesson taught to me by my father.

Pulling the front seat out of my 56 Chev to have some upholstery work done and drove for a few days back and forth to work sitting on a wooden apple crate. I would rock backwards hitting 2nd and 3rd gear and rock forwards into the steering wheel when I put on the breaks. Surprising what we can learn to do in a short period of time.

There are so many more!

After all these years, it is time to organize all of the documents and photos from my parents. Immigration documents that will be passed down to my son so he knows of the folks from whom he came. Great people, great stories coming to America through the front door, love, marriage, family and a work ethic that my son exhibits to this day.

The two photos below are of poor quality, but I cannot find any of these that I have saved and more likely lost over time. The top one is the CH-34 I transitioned into upon arrival in Germany in 1968. I flew this machine in and out of Hitler's old quarters in Nuremberg, flew the Czechoslovakian Border, "nap of the earth", several times weekly and once blew a piston right off the bank of cylinders at 2000' and landed in a school yard safely, w/o incident.

Ironically on that flight, we had picked up a Captain and several other folks to transport. The Captain mentioned to the crew chief how much he hated flying. The sound of that piston blowing off he engine, then the silence of the engine turned off must have scared the hell out of him. Poor fellow was back on the ground just a few minutes after we had taken off. I wonder if he tells a similar story?

The Cobra pic was taken during my second tour of duty in 1969, the Central Highlands of Vietnam,  when I was flight instructing from the front seat helping unit Cobra pilots stay current. Flack vest is hanging off the canopy window. Did dozens of engine off full auto-rations during those training days. The lift stored in the wide blades of that rotor system, let us set the helicopter down oh so softly. Every time.

And yes, we trained for the situation of engine out emergencies. Although we trained in Cobras empty of munitions, the time I lost an engine in the An Lao Valley, at gross weight with fuel and munitions, went as always trained, just quicker.

Good memories and thanks mom for keeping the photos and notes that I sent home. 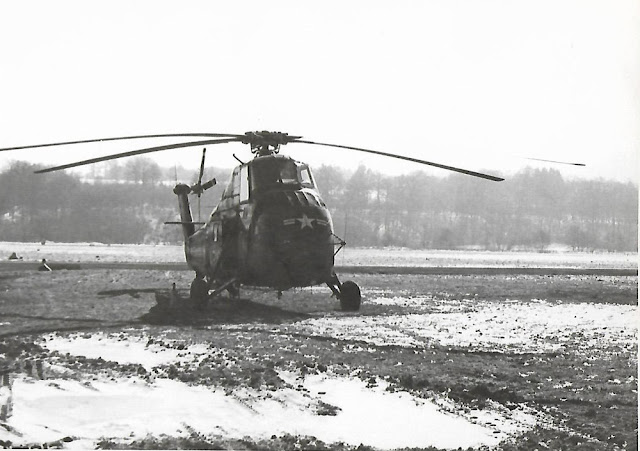 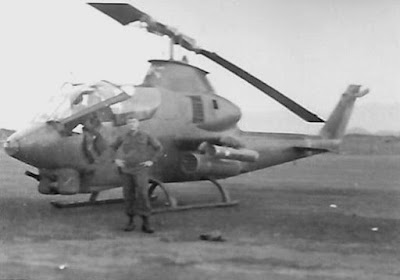 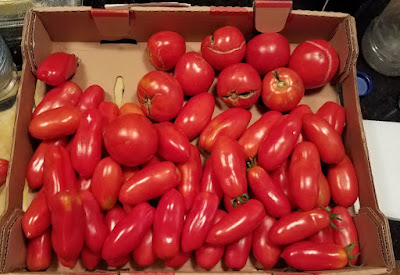 Just yesterday we visited a neighbors home for the gifting of ripe tomatoes.

They are leaving on vacation at the time when their garden tomatoes are coming on. The split tomatoes, although rough looking, are dead-on ripe. A little trimming, slicing and a touch of salt and pepper and they become candy for my wife and me.

September 11th, 2019 today. It happened and our country grew close during those times. Never forget.

Heads up, enjoy your week, tell a joke or two, hug a loved one and them them you love them, be kind to others. Thanks for the visit this week.
Posted by ymata at 5:51 AM