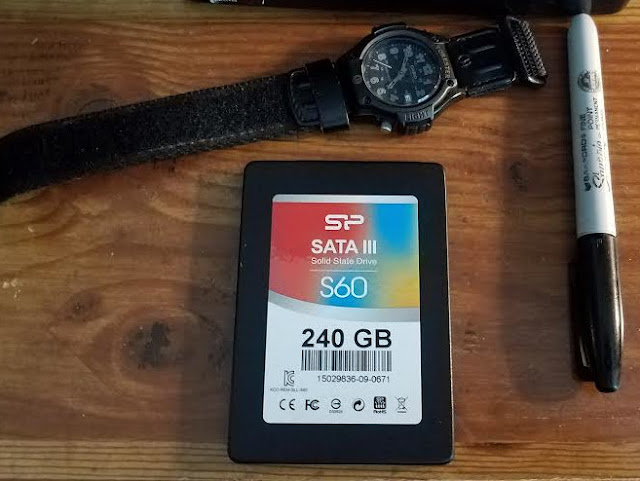 This C: solid state drive failed over a week ago and the computer has been in ICU since then. It was not an easy fix apparently as new components did not like each other, could not see each other. Not compatible. The folks working on this built the computer and tried their best over the course of the week to keep the repair cost effective while minimizing loss of data and getting the computer back in a timely fashion. Any thing mechanical/electrical can fail and no use to cry over lost ones and zeros.

My lesson was not to use the desk top as a place to store data or to work from. I should have been using the back up D: drive to work from and to save to as it is designed to store all data in case of system malfunction. The data on the above pictured drive is lost, but I was told to keep it and that in a few years down the road, technology may have advanced to a point where the data is retrievable.

I have lost some programs and some of 2019's photos, but not the important stuff from years past. I have backed up work but not often enough. It could have been worse.

Time to learn new software and get caught up on a few posts. 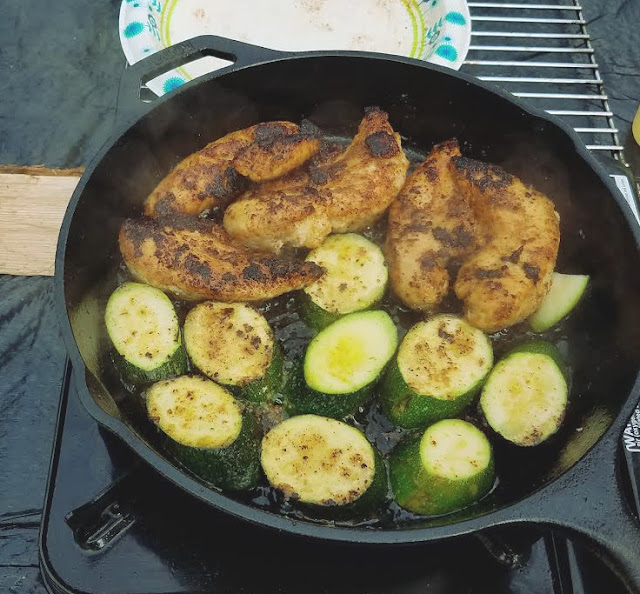 Fried chicken strips seasoned with mesquite. The last zucchini on the counter was tested in the same fry. Both turned out excellent and will be repeated.

The frying pans around the house and at the ranch when I was growing up were all cast iron. I remember the taste of T-bone steaks fried in a cast iron skillet to be the best I have ever eaten. Grilling cannot compare.

Cast iron pans need to be seasoned and that is much easier that I thought. I set this one inside the grill, turned it on high and closed the lid. The high heat for 10 minutes or so burned off all the crap inside the cooking surface and easily wiped out with a rag. I drizzled a little vegetable cooking oil, wiped it around the inside and repeated another 10 minute of very high heat inside the grill.  The finished cooking surface was again wiped out with a clean rag and set to cool down. A final wipe of cooking oil completed the seasoning process.

I tested the first fry a week ago on two rib eye steaks and there will be no going back to grilling steaks again. The flavor of any meat coming out of this pan is simply exceptional.

Cleaning is also easier than I expected.  After the pan cools some, I wipe out dregs and left over oil with a paper towel. Then add a couple cups of water and turn the heat on high. A wooden or metal utensil is used to gently scrape the cooking surface as the water comes to a boil. The boiled water and residue is poured out, the cooking surface wiped clean and a light coat of oil added to re-coat the inside of the pan. Like new again.

A major bonus cooking with cast iron pans is the flaking and snuffing of non-stick coatings do not wind up in the foods being cooked and eaten. 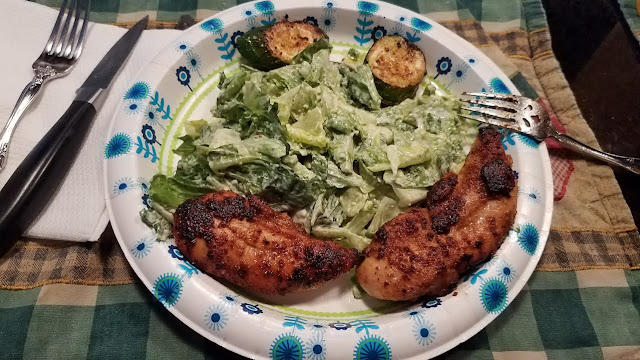 The finished dinner and salad. 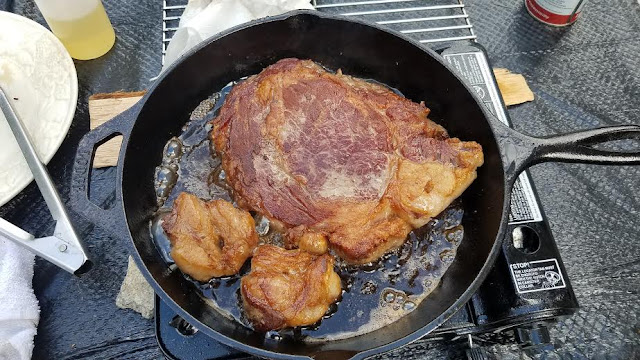 Week-end steak dinners. Rib-eye steak with ends of fat cut off and also fried. Medium high heat, turned every two minutes for 7 minutes results in a perfect medium rare steak. My wife wanted her steak out of the pan at 5 minutes for her idea of a perfect rare steak and it was (for her). A little sea salt to each steak, then patted dry before dropping into the pan.

The flavor of a rib-eye cooked like this is beyond anything that can be achieved off of a grill. Melts in your mouth. The two smaller pieces seen above are fat ends of each steak cut off and fried. And no, we did not eat the whole fried fat pieces. Just a few crispy edge cuts along with a steak chunk or two. 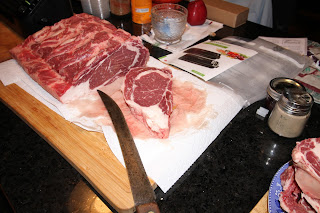 We buy large,boneless rib-eye roasts several times during the year and usually when on sale. The cost of each steak like these averages $7-$8 each. There is a noticeable savings from the individually wrapped steak from the meat market counter. I have posted our steak cutting, prepping and freezing in previous blogs. 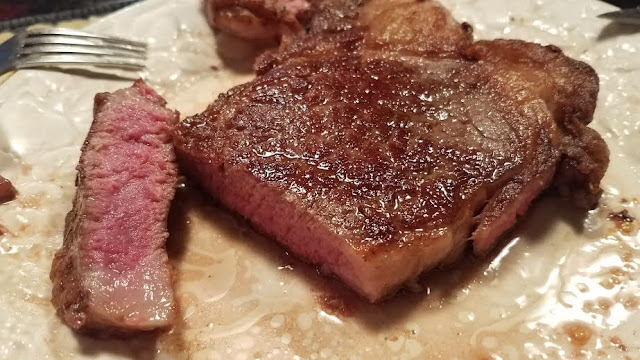 If you have not treated yourself or your family to steaks prepared like this, give it a try. Medium rare steak would have been between 8-9 minutes cooking.  Letting the steak rest for 5 minutes is a must.


Hurricane Dorian is neither Florida's nor the south-eastern state's "first rodeo." I do not make light of any of this. Any hurricane making land fall encompasses all of the adjectives in the above article, but the depth of despair by the weather crowd is in keeping with all of today's hype on the fears of a nation. I think these kinds of weather events cause weather folk to sit at their computers looking for a new adjectives to enhance the depths of concern for a hurricane making land fall.

Regardless, a few prayers from all of us for those in the path over the next few days.

McKinney to Mustang Beach in a Cessna 210. 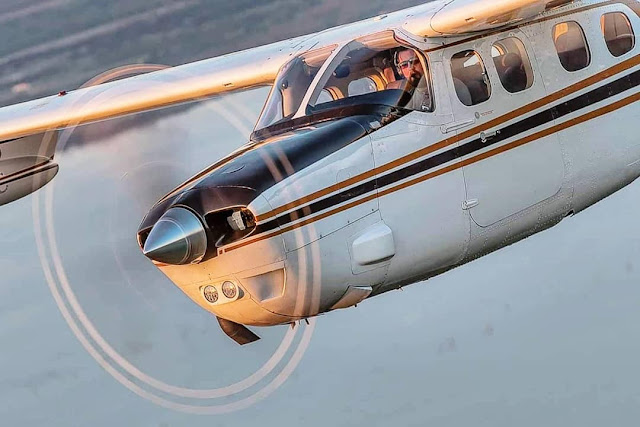 Thanks again for the visit this week. Will try to better bridge the gaps between posts for future weekly up-loads.