1 Gallon jug with lid-
10 Tea bags-we like Raspberry Flavor-
Fill with fresh cold water-
Set outside in the sun for a few hours-
Remove tea bags-
Add sweetener if you are so inclined-
Pour in large glass half filled with ice cubes-
Chill remaining tea till gone-we drink the whole gallon in a given day-
Best thirst quencher I/we have found on hot hot days.

Mid-nineties this past week. The other side of winter. Garden and herbs finally responding to warmth.

ARTHRITIS is an individual gift given later in life. No cure and it gets worse. I am blessed with both shoulders now out of cartilage and the gaps between the joints are minimal. I believe I am getting fairly good at living with some pain and discomfort during daily routines. My left shoulder catches and there is a combination of movements I use get the arm to where I want it. A learned response. The right shoulder just acts up through the range of motion.

Went to another doctor this past week for another opinion in hopes of hope. But I knew better. "Let me tell you about your shoulders" he said looking at two large X-rays. Then he stood up and put me through movement tests. I cannot put my hands up in the "hands up don't shoot move." Both arms lean forward. But in a moment of having to, I think I could get a few more degrees vertical. I laughed. Woe be to me if my hand and arms are pulled to my back for hand cuffs.

"You are doing remarkably well given what I see on these X-Rays he said." Meds (I most likely will not take due to possible side effects) prescribed. Normal aging is enough w/o voluntarily adding a side effect or two. Then another additive to solve the side effect and the gift of arthritis keeps on giving.

Crap, I am talking about my aches and pains just like my folks did!

HAVING A RELATIONSHIP WITH YOUR SMART PHONE. Or something along that line said the headline. Like so many reads I attend on a weekly basis now, I am to a point where I do not even skim the article. I paragraph glance, a learned habit in reading news. I am finding a common thread of words and notions from article to article. Not a good practice to be a well-informed person though. Add to this my life long tendency to not pay close attention to many things; it seems my opinion and take on today can easily be off-kilter. But how off-kilter can one be in a kilter-world oozing off the edge? 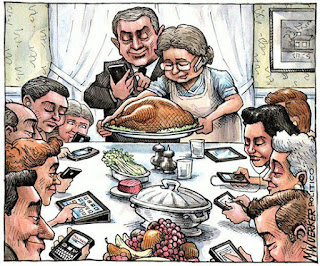 I hope I do not become one of those folks who lives phone in hand as a norm. Like breathing air norm. I enjoy looking for and watching these folks. Not being judgemental here but I am. A group of four folks waiting to order breakfast and everyone has a phone in hand or parked next to the knives and forks. Most of the time the groups' heads are down, waiting for a signal, a sign, a vibration or ding.


A lot of personal entertainment can be had just for the observation. Causes me to ask myself a lot of life questions for which I have no response.

Dear lord, please give me the strength not to fall into this. Please!

JUMP DAY had arrived. Two college girls I knew and I had taken hours of instruction prior to our first jump out of a Cessna 172. We tumbled, rolled and jumped off of saw horses practicing the landing. I became confident in the landing roll on the ground. Knew I could do it.

The two gals got suited up, received last instructions and took off in the plane. I watched. I really did not want to jump. Deep down inside and admitting only to my weaker self. But it was too late into program to quit. Besides the college girls were going to jump in just a few minutes. No way can the plane return for me, only for me to bag it. Nope, a man's man it was to be.

I watched the girls jump individually using the static line. That line automatically pulls the rip cord after leaving the plane. Their chutes popped open and they gently floated to earth and landed like rolling feathers in the hay field. A beautiful sight.

Last minute checks from my instructor, helmet on and climbing into the Cessna without doors. I sat there as we took off knowing this is the only time in my life I ever had gone flying that I would not be there for the landing.

We climbed to altitude, 3000 feet maybe a little more. Circled over the airfield in Ellensburg and to the outlying farm fields described by their low fencing. Another beautiful Eastern Washington morning, warm breeze and as the plane slowed down, I turned to sit with my feet outside the plane. Push had come to shove.

Static line hooked up, foot on step hands on wing strut. I jumped with arms out in a flying position. But instead of achieving that flying position, I achieved the headed straight down to the earth flight position. Moments later a noticeable jolt and my helmet fell down over my eyes.

I pushed the helmet up to witness the most beautiful parachute over head. All filled out with air and I hung there in moments of beauty and floating that was worth it all.  I knew then and there I would be able to say for the rest of my life, "yes, I have parachuted from a plane." Deep in a dark corner of my mind I knew I was going to live.

I pulled on the shrouds spinning left and then right, soaking up every little experience I could. I picked an into the wind approach for the oncoming landing. I assumed a landing like a feather moment as I had watched the gals.  Pulled up my feet to avoid the barbed wire fence and prepared for the landing roll.

I hit the ground like a ton of bricks. Did a good roll thank goodness. But it was a hard landing. Of course I had an extra hundred pounds that that the gals did not. Forgot about that. Picked myself up, noticed everything still worked, unhooked the chute, rolled it up and walked to the nearby road.

"Have you ever parachuted from an airplane?"

"Have you ever jumped again?"