Mums had arrived inside a small trailer an hour before we arrived at the nursery. The grounds around the trailer were covered with fresh mums, all sizes.
Her had the pick of the litter. She learned that watering mums should be done from the edge of the pot inward. Never water mums by spraying or adding water on top. Adding water on top causes the mums to bloom early and not produce the explosion of color these plants are noted for. 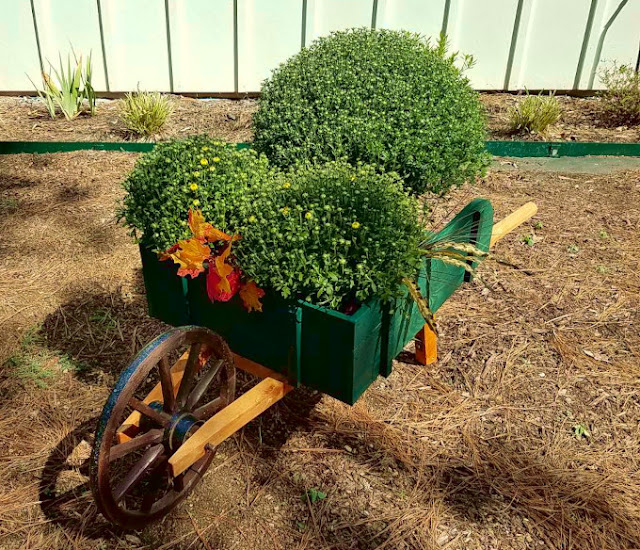 The wheelbarrow is complete. Of course, you will see the yellow explosion when it comes.
-------------
Texas Chilly Chili Ornamental Peppers Annual - blooms in summer
(Ramey Damon Plant Farm, Rekaw, TX)
From inside the trailer came one tray of 6 ornamental peppers. I have been trying to find these for over a month now. Last year, I learned to make excellent hot sauce from these plants when they mature. Besides the colors are magnificent as they grow. Just fun. 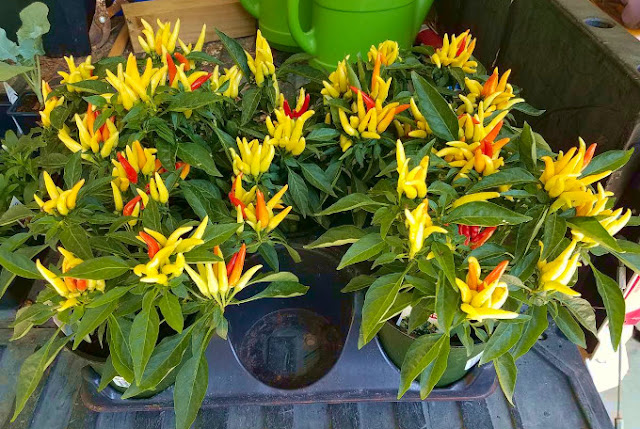 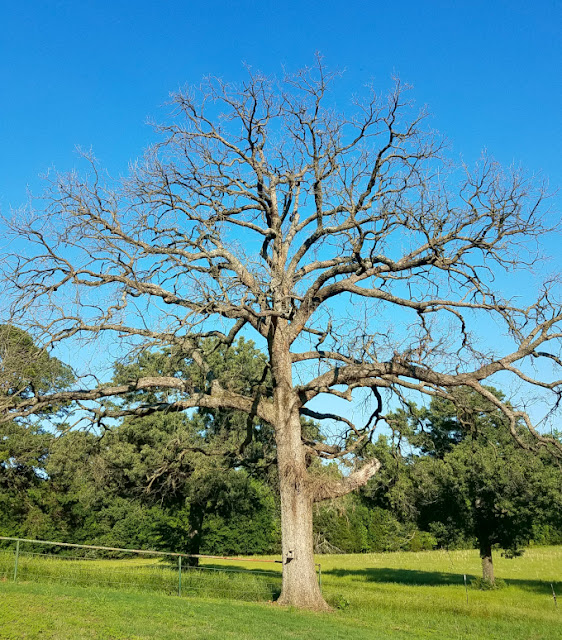 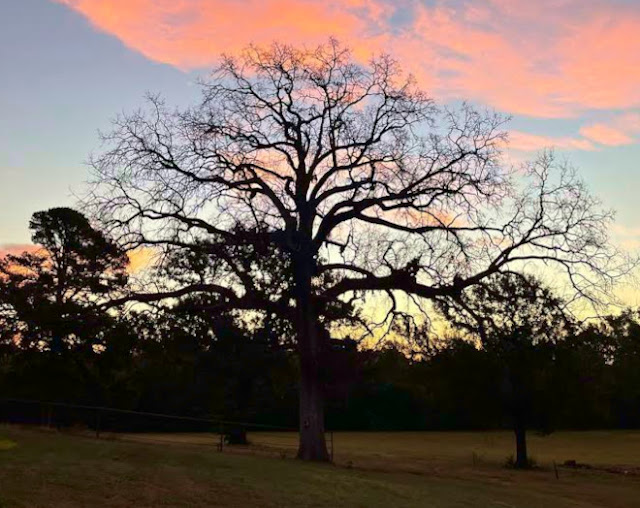