NOT OUR MISSION TODAY - a short story

Fifty-three years ago in a land far away. 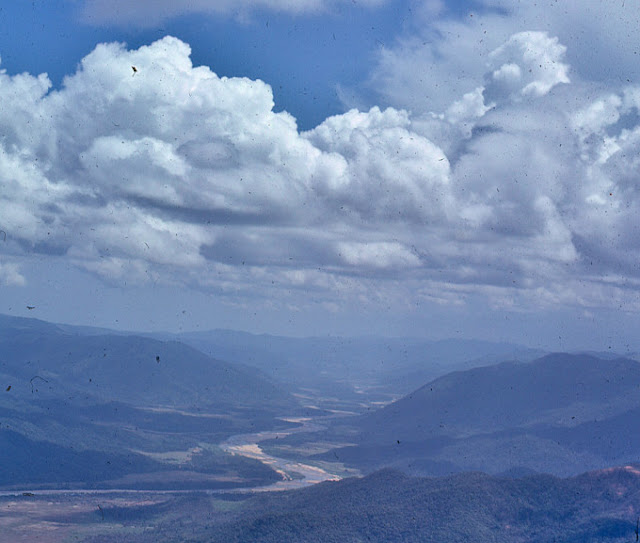 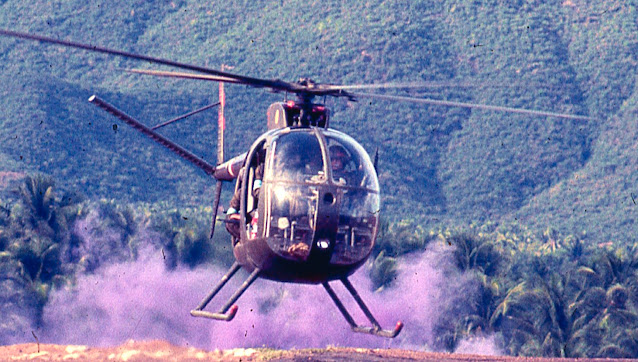 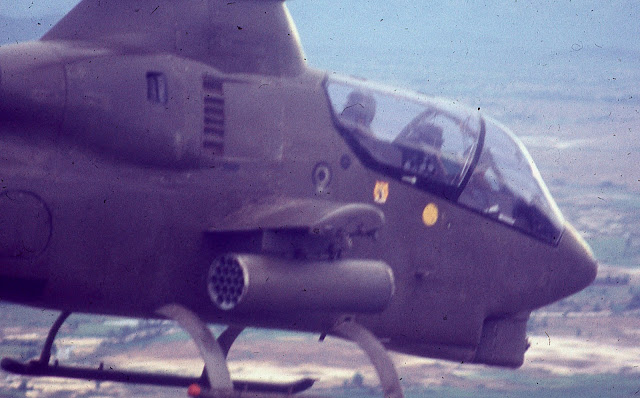 and two AH-1G Cobras fully armed and fueled were on a search and destroy mission. Find the enemy, get shot at to confirm and eliminate as needed. Call in extra assists as required. Back home for lunch, rearm and back to the flight line. We were very, very good at our job. Very good!

That day, the team leader was in the lead Cobra and called for us to land to further discuss our mission.

The two LOCHs and his Cobra landed and, as I circled to final approach, I got a call from a small team of grunts in a fire-fight ten minutes away. A call for help. This was what we always trained for. Even looked forward to. Did it on a daily/nightly basis. Run into a gun fight to save the boys on the ground.

Arrive on target, get the bad guy positions in relationship to our boys and fucking remove the problem.

This was why I lived and flew during this second tour in the central highlands of Vietnam. This was how I spent my entire first year with the 1st Air Cav based out of An Khe. Nine hundred and ninety six logged combat missions when all was said and done. This was how every helicopter pilot and fixed-wing pilot operated during that first year. This was how the leadership operated.

I set my Cobra down, set the engine to idle, threw open the canopy, jumped to the ground and ran to the team lead. I told him we had boys in a fire-fight about 10 minutes away and that I had told them we had a team of little birds and Cobras and would be soon on our way.

"That is not our mission today," said the team lead.

I could not compute. I argued but to no avail. Court martial behavior and all of that. And it was at the moment that I knew the war had changed. Something had changed that went against the grain of all I stood for. Flying as a member of a fire team that gave no quarters to anyone. But leadership and the higher-ups did not, would not clear us that day. Our boys in a fire-fight and we were ordered NOT go to their aid. "That was not our mission" that day.

That was the day I walked away from flying combat missions in Vietnam. There was not any objective of flying into that kind of a gun fight I (we) could not have accomplished with that fire team.

Add to this that we no longer even had the option to shoot back if shot at. We had to get clearance/permission to do so. The only thing I understood on that day was that I could no longer be a part of that part of the war machine. I offered up my wings, "flying" then into uncharted territory.  From that moment on, the only life I was willing to risk was my own.

Just a few days ago America's (unarmed school teachers and officials) children were in a fire-fight they could not win and the on-station LEO's mission, fully-equipped and trained, was to run into that school to save them.  Seems it wasn't their mission that day either.

So, nothing has really changed. When our children - 53 years ago, 200 years ago, or today - become expendable, there is clear and present danger in our lands, charting the days ahead for each and every citizen.