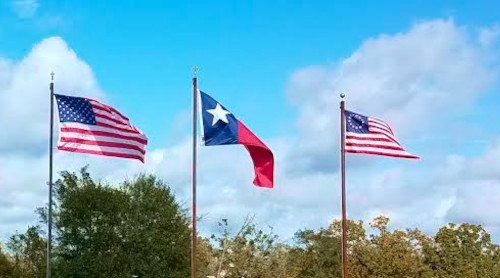 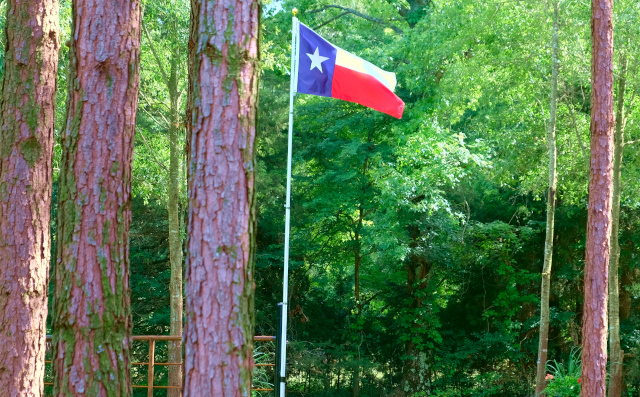 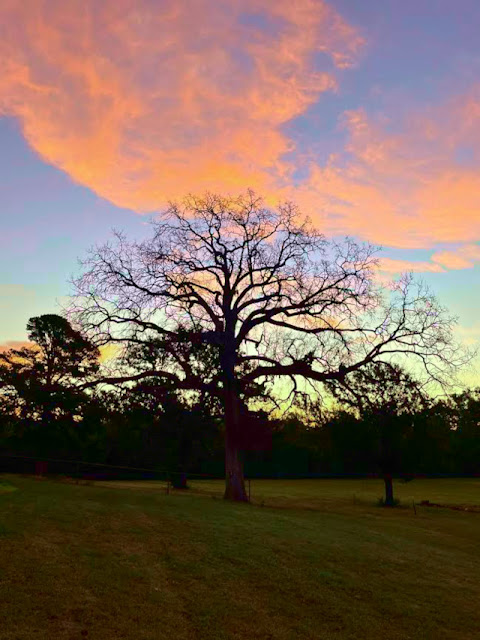 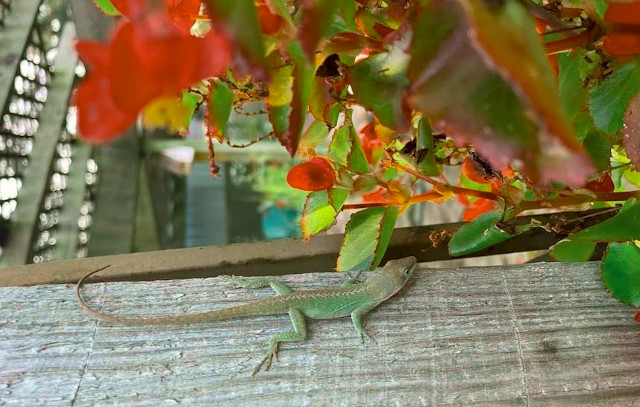 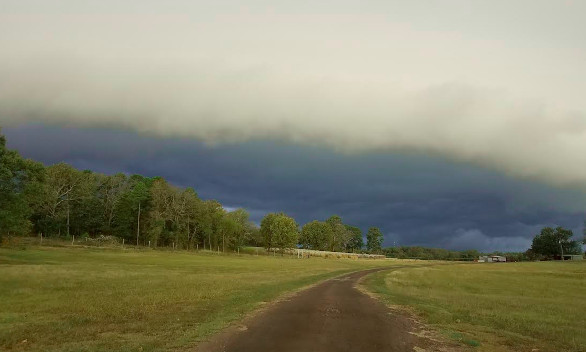 Four hours of steady rain. A drop in the bucket for what the land needs.

I read Sarah Hoyt. Have for a long time. She is a "prepper." Writes well, gives good advice and grounded in common sense. Her articles help me with weekly up-grading of what lies ahead, to take it seriously and continue to act on being  ready.

Gas here now $3.09/$3.19/$3.29 give or take. Costs more to drive so we now take that into account. The Dodge truck stays home more often and her Kia is daily/weekly transportation.

Some store shelves have noticeable spaces: milk, cream and other basics are up in price. Her tells me the price rise on most everything we shop for. Not just a few cents, but dollars more.

Many articles on the net regarding the bottlenecks of shipping containers stuck in ports, ports overloaded and nowhere to put the empty containers, much less the full ones. Serious trucking problems. It is starting to add up and we are now seeing the tip of the iceberg ahead.

I have always waited to a few days before Christmas to get presents sent out and or purchased. This year it will all be done by December 1st.

Consider getting your turkey, ham or a roast if these are in your holiday habits.  Apparently, this will be the most expensive Thanksgiving meal ever in history.

Could be Hamburger Helper, a side of Mac and Cheese with a large slice of pumpkin pie smothered in whipping cream to finish it off. And then...!

FYI: Found frozen turkey's for 98 cents a pound at Wally World on Thursday. 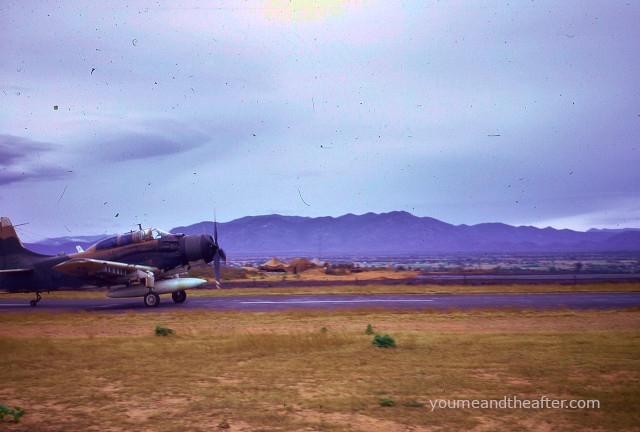 A-1E Skyraider. "....one of the Skyraider's most famous roles — the "Sandy" helicopter escort on combat rescues."
I was lucky enough to get to fly on a few of the missions in which we coordinated our gun runs with the Air Force Skyraider's. Standing off watching or daisy chain attacks with these large beautiful aircraft were loved by this pilot. And yes, I have always longed to fly a fighter plane like this one. To this day, that longing is the same.
When I was not flying and heard one of these approaching the airfield, I would run with camera in hand just to catch a photo or two. I cannot imagine what it would be like sitting side by side with the pilot in one of these planes. What a rush that would be. 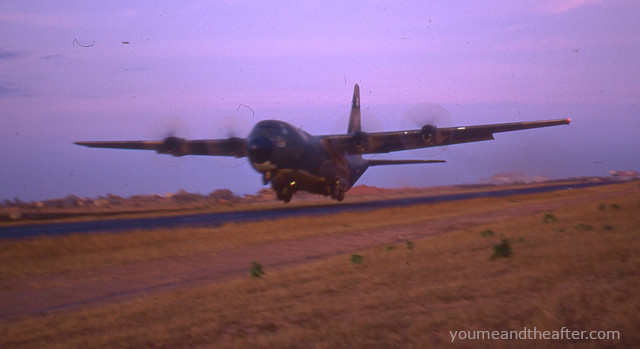 C-130 departing Phanthiet. Same run to photo when the large C-130's were coming and going.
I did get the chance to fly for 10 minutes right seat in one of these years later. A few gentle "S" turns and maintaining altitude.
A few hundred more hours please!! 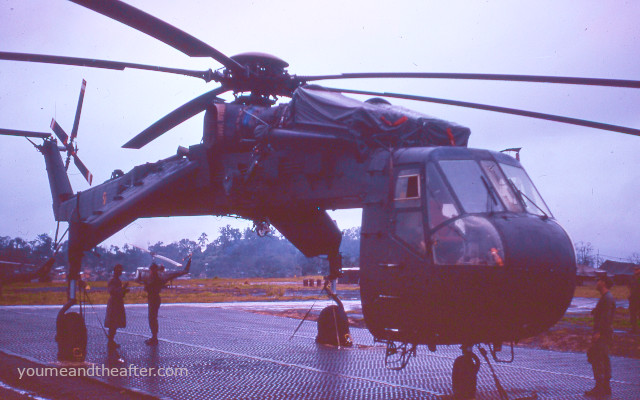 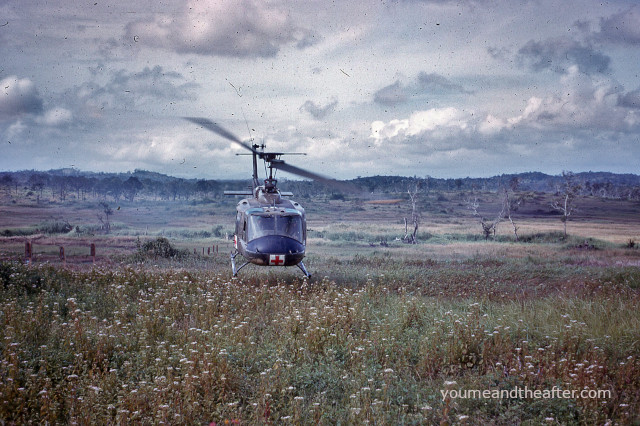 Pick up to hover and the noticeable nose drop into take off. Medivac. 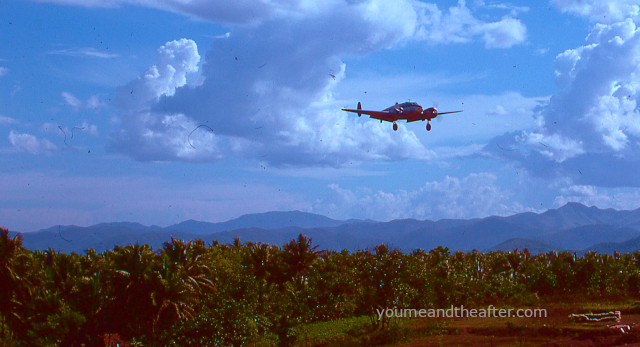 Twin Beech 18 on final approach. Beautiful then as they are now. 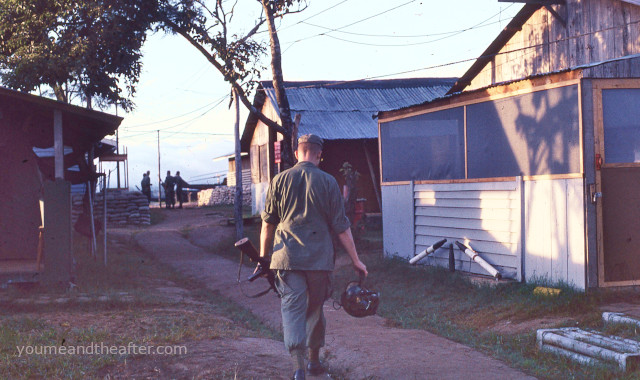 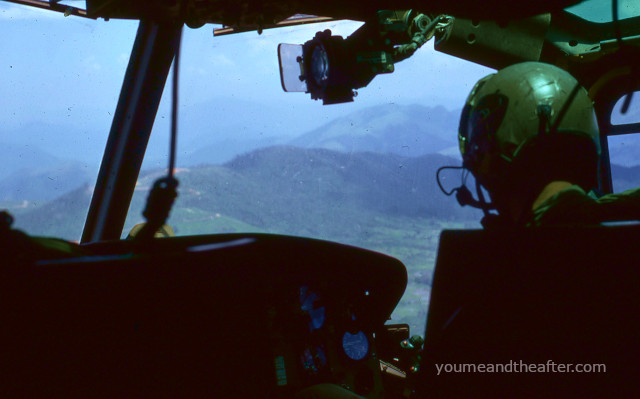 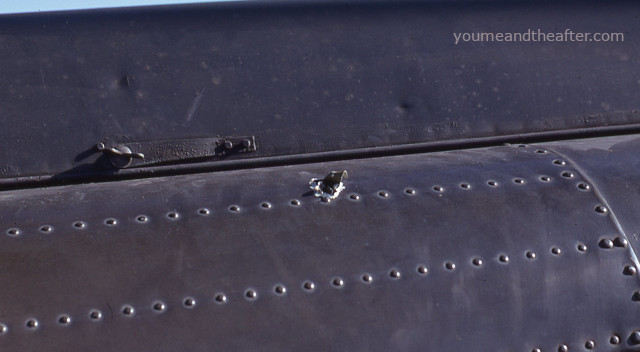 A few inches higher and the bullet would have hit the rotating tail rotor shaft. A good example of shooter aiming at the helicopter instead of aiming ahead of it. 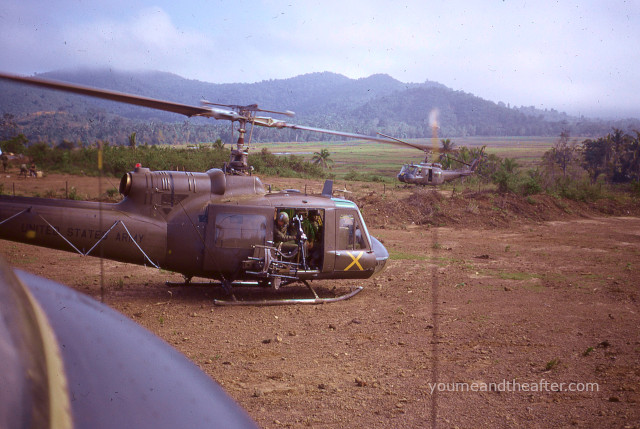 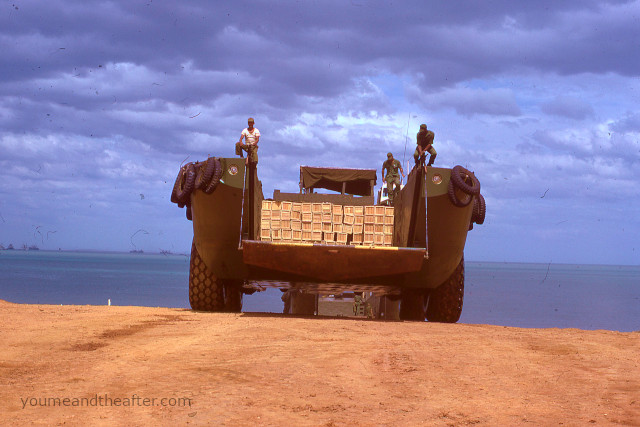 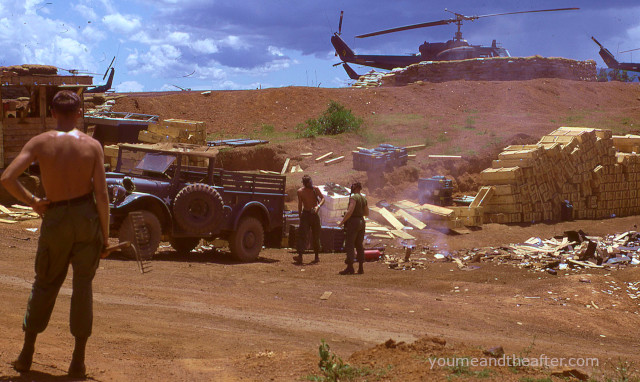 Empty ammo boxes pile up. With in a few days, they would all be gone. Building materials traded away for other goods our unit wanted or needed. Helicopters always parked in sand-bagged berms for protection. 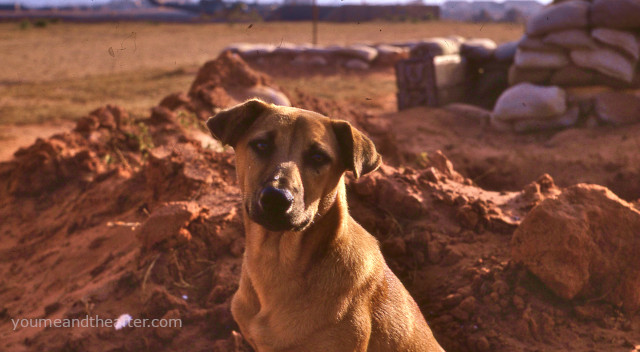 A love of dogs, then and now. Not rat dogs, but dog dogs. I spent a few great moments with this fellow, sharing hot dog sandwiches.
Dogs, too, were caught up in this war and surviving. I never ever saw a G.I. not go and love on the dogs that came around us. Never!! These moments instantly took us back home.
One hundred slides left from the Vietnam era to scan. Will be done with this project NLT mid,month and then on to hundreds of other photos and color slides. Eventually a very good smattering of family history/quick easy access for son to enjoy and build on.
.......................
A busy week being on the road with doctor appointments and shopping outings with her. Looking forward to a quieter week ahead. 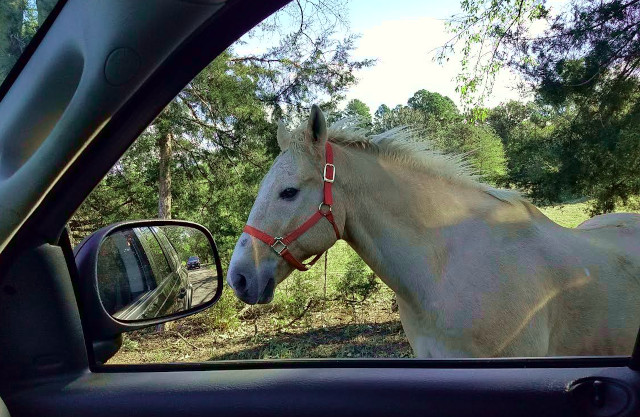 Down the road neighbor's horse again out of its pen and visiting closer to us. Ears back, horse not happy, folks are stopping. I rolled down the window and talked to the horse. Figured it the neighborly thing to do. It had just bolted in front of the Dodge having been charged by the black horse on the other side of the fence. Territorial horse play.
The sheriff had been called so I eased away towards home. I told neighbor that I like horses, even the ones who have gotten out of their pasture's. "But not as a hood ornament" was her reply.
I agreed.
Enough for now. Thanks for the visit this week.
Posted by ymata at 5:05 AM