I am reminded of one of the best ending scenes in any movie; the final turn to the checker flag in "Secretariet."

The true story is one of perseverance on slim odds, a belief in what is right, and the never ever giving up on what you stand for. Fast forward to 2:30 if you do not have patience for this moment. Secretariet comes around the corner alone and far ahead of the rest of the pack. A most wonderful moment for victory.  All it took was one woman who believed in her horse and the faith to "let him run his race."

It was much like this for many Americans this week (I am guessing) when our President was acquitted of all impeachment charges. It was a long time coming.

I doubt any other man or woman could have survived the onslaught of hatred, lying and deceit brought to him, the office of the presidency, his family and this country for the past three+ years. Never have I witnessed such hatred from a dedicated internal foe against their own country. And yes, it is a hatred for middle America, the everyday hard-working folk, mom's apple pie and God Bless.

I was not a fan of our last president. Not a fan because of his policies and not standing with/for the men and women in harms' way when he needed to.  The giving away of so much of what had been built in our history and his designed acknowledgement of a declining country and people that he was leading was also paramount in my disappoint in him and the Democratic Party.

I did not vote for him, but never ever have I hated or spewed angst against him or his family. Never. I always hoped that this country could again rise up against these kinds of beliefs, leadership and to once again recognize the greatness of this land and its people. I hoped that I would live to see and recognize that day.

I will not to beat a dead horse this week nor outwardly gloat over a big victory for America. I will, though, grin more often than I have in the past months. I will also stay vigilant and tuned to the days ahead. The fight is long from over.

Apparently there is a name for some reasons I no longer watch much news, the NFL nor any Hollywood related self gratification exercises.

No one is happy and everyone seems hell-bent on elections to live in self imposed quicksand of hate for fellow man/woman or other. Across the board, a good cross-section of our land tills this soil. Day after day, moment after moment.

At every turn, we are a land doomed to failure, decline and loathing of the American way.

Thoughts from Daily Luther here and from SHTF here and here.

So what to believe?

Disturbing if this report is true.

I am guessing most folks are keeping an eye on all of this. 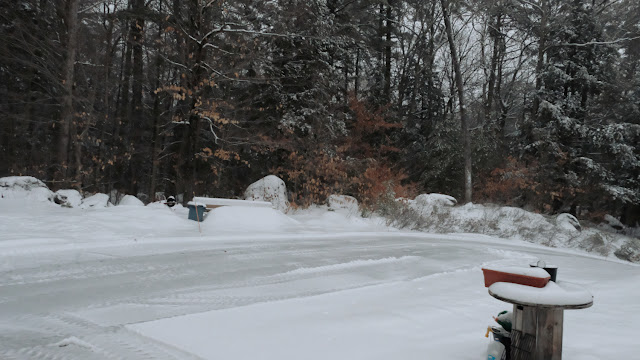 A "perfect storm" scenario this weekend. Four inches of fresh snow removed with the snow blower. Next, light ice rain. Then rain on top of that, freezing instantly upon contact. Followed by a long window of freezing temperatures  falling into single digits for the next few days. The iced driveway is here to stay and we are house bound for awhile.

A trip down the driveway would be "iffy" at best. The chances of getting back up the hill - slim to none. From that stuck at the bottom of the hill scenario, it would be my wife and me trying to walk back up a 900' ice rink.

Many other driveways are in the same condition. Our problem is the hill. Walking on any of this, is an ass-kicker and bone-breaker.

Such is a normal winter time in New Hampshire. Folks plan for this. Our wood box full, canned goods as needed, food in the fridge/freezer and a generator at the ready should the power go out. Basics covered!

HOW DOES A CAUCUS WORK?

Iowa caucus winner. How the math is done.

An excellent read on how the caucus process works, how the math is done and that the fate of any candidate can be up to a coin toss . Sanders gets 101 votes, Buttigieg gets 64 votes; both get 4 delegates.

After years of planning the Iowa Caucus, the party could not correctly report the final numbers. 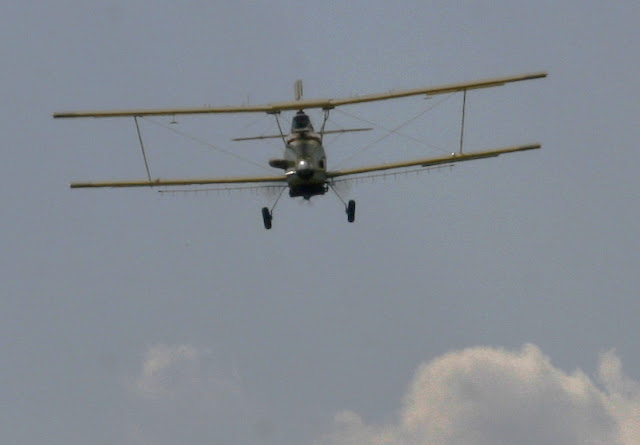 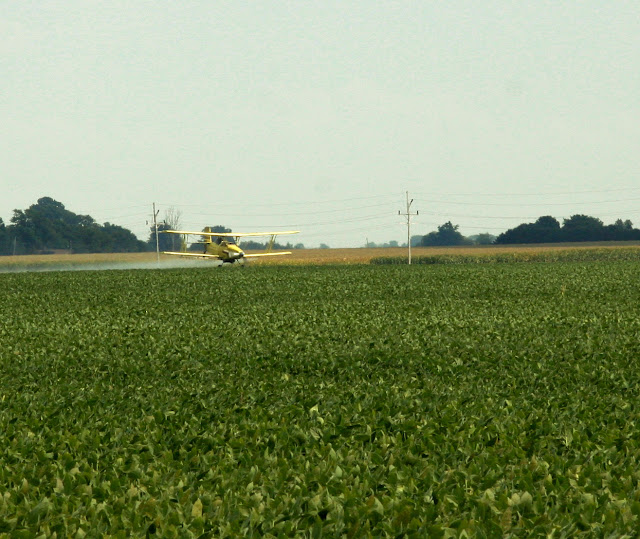 I could not resist stopping and getting a photo or two of this crop duster.

A fellow on the road stopped and told me the kid flying just had just turned 21 years old and had been flying since he was 16.

I watched as he zoomed up, over power lines and then wheels back skimming the crop as he sprayed. The kid was a natural.
.............

Politics and nasty weather. A made for each other week.


An airport full of corporate jets and the politicians will depart Tuesday after the NH primary vote. Those results will get top billing for a few days. Then yesterday's news.


Maybe sunshine to follow, hopefully a warming trend or two and the heavy breathing from the local political media may calm some.


There are other things to think about.

Thanks for the visit again this week.