This is a good post to illustrate why I write about little trees and plants living here instead of crazy world news and comments. (see below)

One of our destroyers is "t-boned" in calm seas and good visibility and the dancing begins. Seems to me someone on the port side would have seen  this life-sized death star coming at them and sounded an alarm. Many minutes before the hit.

"Excuse me sir, but there is a very large merchant ship bearing down on us, port side. No sir, your other port." At which time, young deck officer pushes the throttle forward to "GTFOH" and the destroyer designed to shoot down missiles in flight, speeds forward out of the path of the merchant ship.

Or even ten minutes earlier, someone starts evasive action "this is not a drill" maneuvers. I want to go on and on here trying to un-ring this bell and understand. But I cannot. All I can come up with is the visual of a sailor on deck looking at the on-coming merchant ship, then looking up at the bridge, back to the on-coming ship and then up to the bridge with both hands in the air. He/she braces for impact saying "are you s******g me? Forty-seven officers on board and we cannot get out of the way of one other ship in our vicinity?"

The underwater bulbous nose of the merchant ship rammed the hull and killed/drowned unsuspecting sailors sleeping or in quarters. Not a glancing blow or serious rubbing of gunnels. It appears to be a straight on ramming, barely missing perfect mid ship.

(And, and---if the truth is that the bridge was hacked and disconnected from the engine room, coms, warning systems and the moving levers or flipping switches caused nothing to happen - then we are indeed a few missile launches away from third-world living. At worst, a five-minute warning to battle stations or all-hands-on-deck would have emptied the living quarters. And would there not already be an SOP for battle stations to be called under any hacking attempt?

"Dumb ass!!" And this is a ship tasked with shooting down launched offensive enemy missiles. Take a moment to read this and see if there are any comments here that just do not seem to meld with common sense.

God bless the sailors who lost their lives and their families. God bless!! 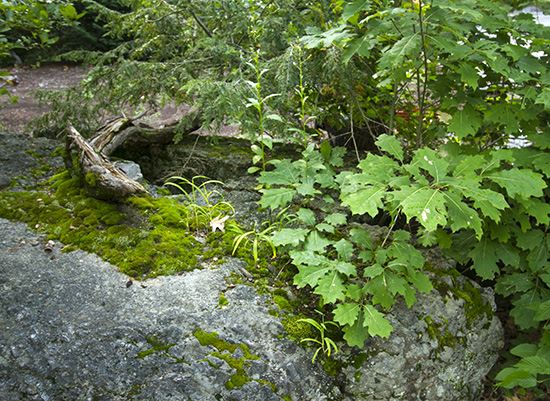 Rarely do I walk out the kitchen door and get directly to the chore or task on my mind. Once outside the garage, I am lost in distractions. Thus, it was early last week on the way to garage clean-out and preparation for a dump run that Rocky caught my eye and interest.

Rocky is a small pine tree firmly set and living in/on a rock. He was a baby when we built this home and when we discovered this youngster starting his life on a rock, we named him and wished him luck. What were the chances a tree can have a life outside here, rooting in a granite rock? Slim to none, but his choice and with our support, we set roots together on this hill.

His space was becoming overgrown with the unwanted. I noticed as I took this picture that we were not holding up our end of the bargain and after studying the photo, I headed back to Rocky, w/o distraction, set to remove the overgrowing intruders on his land

Is it a stupid appreciation and acknowledgement of a tree living a life from the offerings of Mother Nature and a rock?  I know not. But the little guy has guts and fortitude to stay the course. There is a lesson to be learned being around this little tree if only I pay attention. The intruders were winding around his branches, choking out his light and slowly killing him. I looked at Rocky and asked him "What do we say to death?" He replied, "Not today." 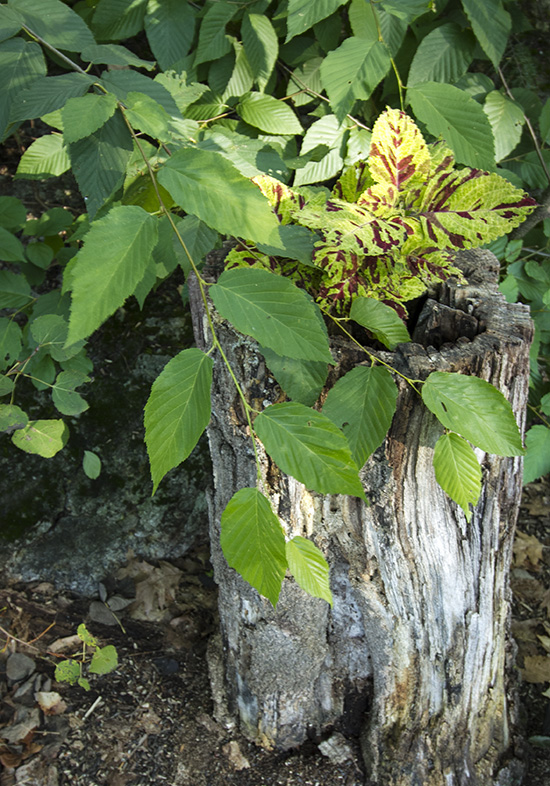 Two months ago, this was the last leftover Coleus w/o a home for this season. I just cannot throw things like this away. A scoop of good dirt in the rotted out hole in an old rotted out tree (next to Rocky) and the Coleus was quickly planted with a  "Do the best you can with this place to live."

That Coleus was too freed this day. 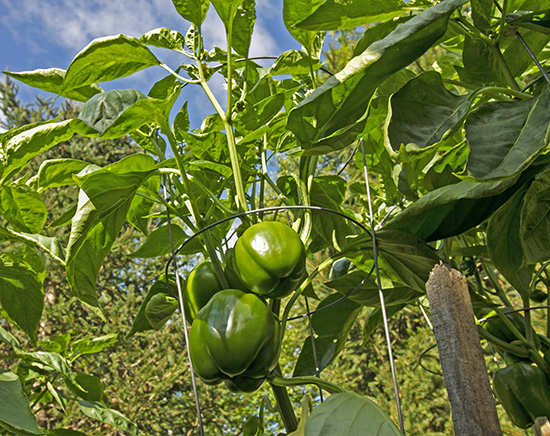 Green peppers ready now. These will be part of tonight's dinner.  Chicken pasta salad  with fresh garden green pepper chunklets too. I enjoy the way fresh garden offerings bleed with fresh flavor into some of the summer meals we prepare. 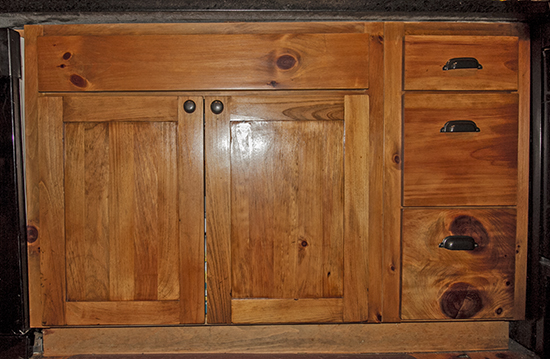 Her and I have been talking for years now of redoing our kitchen cabinets. Years and years of use and abuse, but the chore was easily put off. We stained and oiled the new cabinets years ago and everyday use has worn off any semblance of their original beauty.

Re-modeling any part of a house, daily lived in, raises a larger degree of daily discomfort until the project is completely done. This chore also has one other plus beyond "brand new kitchen cabinets" and that is the gutting of crap collected over the years.

Cleaned this time around. Sanded, stained and several coats of varnish which will allow for easier clean up. I am hopeful that is the last ever remodeling work we ever do. Hopeful!!

A close friend came to visit her and I this weekend. Early 50's and a grounded person. When he drove up and caught me half napping in a lawn chair, I told him I was practicing relaxing for his visit. The three of us sat for several hours talking life other than politics.

He and his lady have purchased a home and are in the process of life changes. Kids all off in college or graduated and in the work force. Time for them now and all that they have been planning for years, all coming together within the next two months. We are excited for them and now that they are neighbors by country mapping, we can gather more often to eat, drink and be merry. I always smile and laugh in their presence. Always!!

We are planning a meat / jam canning day soon. Her and I have been canning for quite awhile now and they are interested in being walked through the process. Also a batch of new mead making with local honey and fruits. A few of the batches we made a couple years ago are starting to peak which motivates us to batch up again and enjoy the mead making process together.

His recent batch has a 15% alcohol content and opened our eyes going down. My batch was sweeter. We played with mixing the two together and achieved a wonderful blend. Perfect shots!!

LAST COMMENTS ON ECLIPSES FOR A FEW YEARS

I watched a few different news stations and the weather channel coverage of this past week's eclipse. And it again became apparent to how screwed we are as people depending on any news cycle to get a story right. News anchors and reporters are out to lunch and that is being very nice. Orgasmic at times, hyping. Out of breath. But stopping in the middle of the hysterical reporting to tell us that it was somebody's birthday yesterday. WTF.

Early on we are to learn that it will never ever again in our lifetime event. The news stations I watched were in agreement on that thus pimping the importance of this eclipse. After an hour or so, that was pared down and with just one question to an internet search engine I am able to learn by myself by simply asking the question: "How often do eclipses occur"? One; two and three explanations and answers.

That they were all using different numbers to represent the speed of the eclipse across the USA was comedic.

Point being, that in the event of war, catastrophe, or large scale world event or anomaly,  there is not a chance in hell we will receive any truthful reporting. Best we be ready on our own, whatever that looks like, for YMATA. And in the instance where a news outlet is getting the event correct, we will unknowingly revert to a Henny-Penny belief system from years of conditioning of fake news. I see no up-side.

Keep in mind now that the constitution does not give you a right to yell wolf in a crowded theater.

Heads up and have a plan. Thanks for  your visit this week.