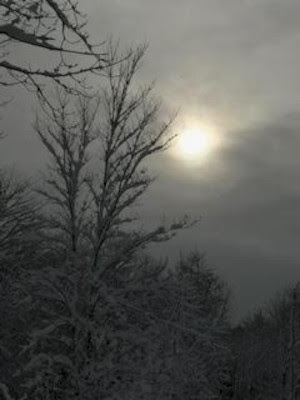 Big cold rolling across the country coming before Christmas.

Lineman will be out working in the weather to do their very best keeping the lights and heat on when the power goes out. Many will not be home for Christmas.

Drop off a box of coffee and a box of doughnuts if you happen upon a utility storm crew. Say thank you. Son says that folks who simply say thanks to them is reason enough to do what he does. "Nothing like seeing the power and lights come back on in a blacked-out neighborhood." 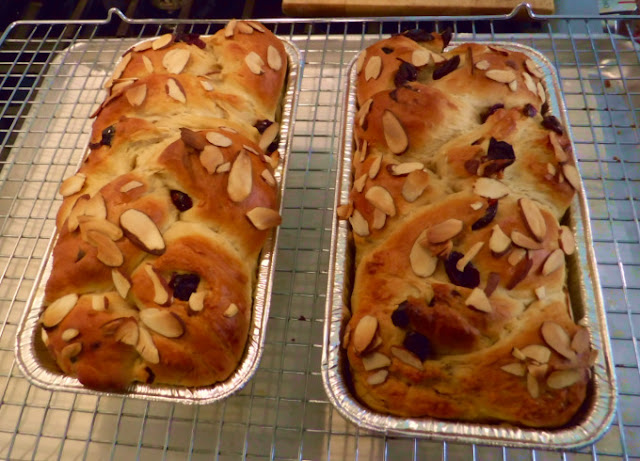 She saw some fellow advertising raisins on the net and was weaving bread/adding raisins. She decided to give it a try and 6 loaves later had it perfected. These loaves were the first so I think she got it right from the get go. 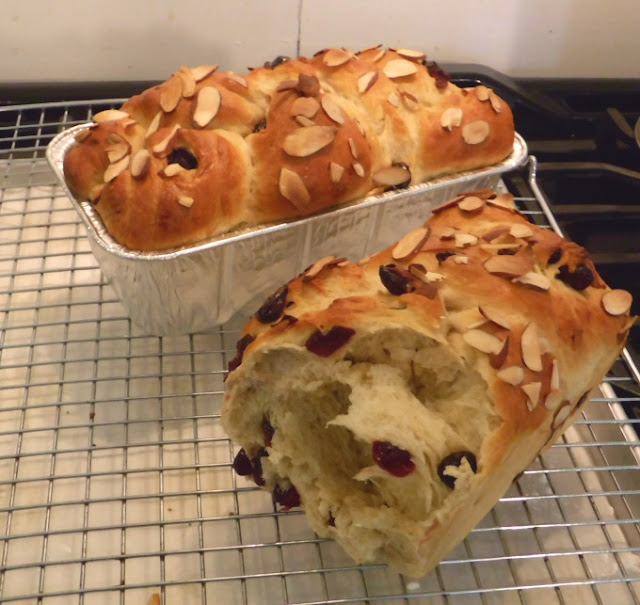 Impossible for us not to sit down and not tear off a piece of warm bread right out of the oven and coat with melting butter. We did and it was grand. This bread shines as toast in the morning.

Several loafs gifted to neighbors and a couple set in the freezer.

Cookies have been sent, have arrived and family happy to have a taste of old family cookies their mother and grandmother use to make. No one does this but my wife. The simplicity of simple homemade gifts.

Local neighbors and folks who cross our lives through out the year. The smiles on the faces of our local refuse pick-up crew is always a gift.  A smiling "Merry Christmas" given and received.

The kitchen counter and table have been mostly cleared now. A real feeling of the Christmas spirit alive and well here in a small corner of east Texas. 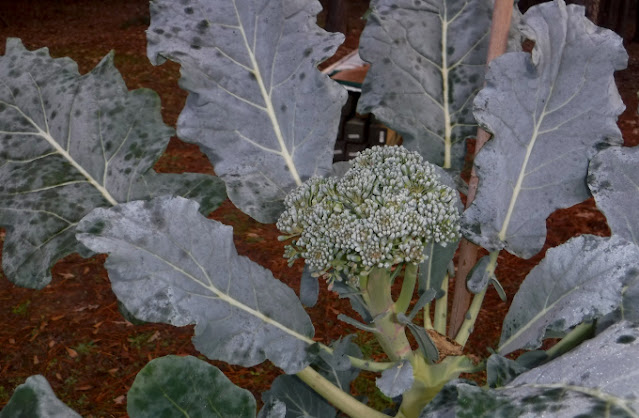 I did not know how hearty broccoli was as a winter vegetable. The spots on the leaves above were wet spots from a colder than usual night. This floret is the second harvest.

Nine degree temperatures coming the night I took this picture so all was harvested to include a cutting of the best looking leaves for dinner. Chopped, boiled and eaten with a touch of butter and salt. Very tasty and full of nutrition.

I plan to do a larger planting of this vegetable next fall.

Check out this weather site. Add it to bookmarks as you can check anywhere on specific current weather. Excellent for this particular cold weather moving in from up north.

Slept in this morning. First cup of coffee, several small gift exchange with my wife and both of us finding a Christmas card that tells of good love between husband and wife. Simple. 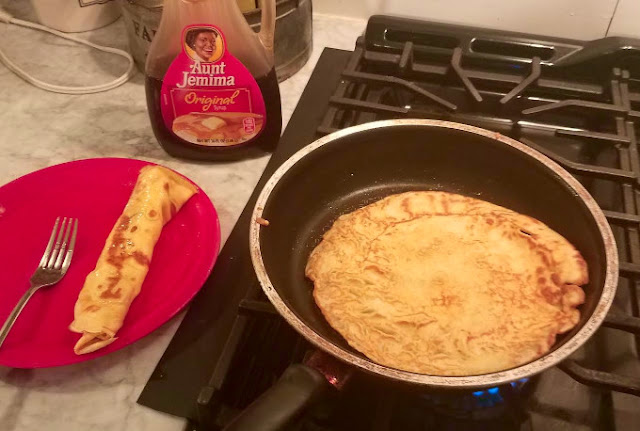 Tradition continued this morning with my father's Swedish pancake recipe. Buttered and coated these with syrup. Stick a fork in the edge, roll it up and cut in three bites. Last a few seconds, but is heaven. Thanks dad!!

Last day and night here for the cold snap that covered the country. We weathered it all w/o issue. A little planning helped.

Lineman son just called and is still on storm duty. They are heading up to the middle of NH. Said that yesterday, Christmas eve, there were  80,000 with out power in southern NH, this morning there are 9,000.

He also said that he had just been raised up in the bucket when the micro burst rolled through southern NH the other day. He said limbs and debris were flying all around him as he rode out that wind gust. Also said that when all was said and done, the bucket truck could not move forward or backward due to all the downed trees and debris around them. Hell of an work office experience, huh?

He said the crew had just had breakfast, were heading out to pick up "truck groceries" and get to another repair site. Also said that the foreman has dinner reservations made for later tonight. Chinese. He will get a hot Christmas meal as will his crew. HT to the foreman for taking care of his crew.

Wife delivered the last batch of cookies yesterday afternoon. Neighbor brought over 2 helpings of Crème Brule yesterday for our Christmas Eve treat. He bakes quite often and tries new recipes. We are a test bed for him and oh so happy to "be there for him." Just wonderful.

Appreciate your visit this day.