HATING ON WINTER & OPERATORS IN THE COCKPITS


Millions and millions of people affected; weather reporters kicking around a half inch of fallen snow and indicating they have seen some kind of emergency vehicle on the other side of the highway; schools starting two hours late and again first fallen snow in New Hampshire indicates danger danger is near, hint media reports.

There are a few vehicles that have failed to negotiate the groomed freeways and easily identifiable from their colored blinking lights in the dust of snow. The rules of the road always and consistently do not apply to some folks.

It is the first official snow fall this onset to winter, a new winter season and media's need to hype it up feel the same as winters past. 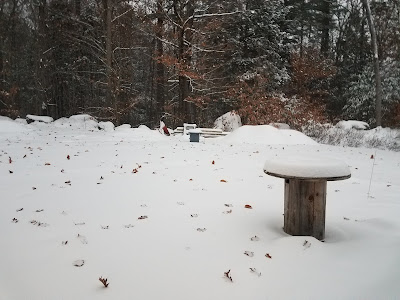 My wife has been hating on winter this past week. For sure a "passionate dislike" for the cold, wintry mix, low grey clouds, wind that drills through all layers of clothes and the ultimate fact that she needs to get out in it to do necessary responsibilities.

She worries about me out working last minute physical things and that fact that I will be out this week blowing snow off of our 800' drive way.  She will be on the two way radio to make sure all is well when I am down at the bottom of the driveway and out of sight. She worries. 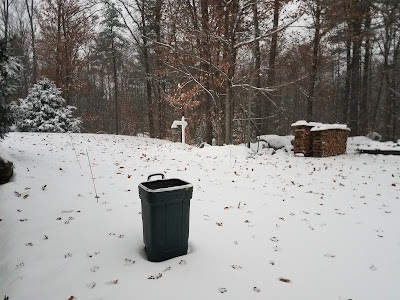 We awoke to 4" of snow! It has a beauty all of its own if one is willing to look. I always look, always. The two half cord wood piles were completed by son before the first flakes and he hauled away the left over dregs in his little trailer. We are both concerned that winter may be bigger that our wood storage given the amount of wood we are burning early this season. Those two piles are insurance against that last stick out of our wood sheds while winter is still on.

OPERATORS IN THE COCKPITS 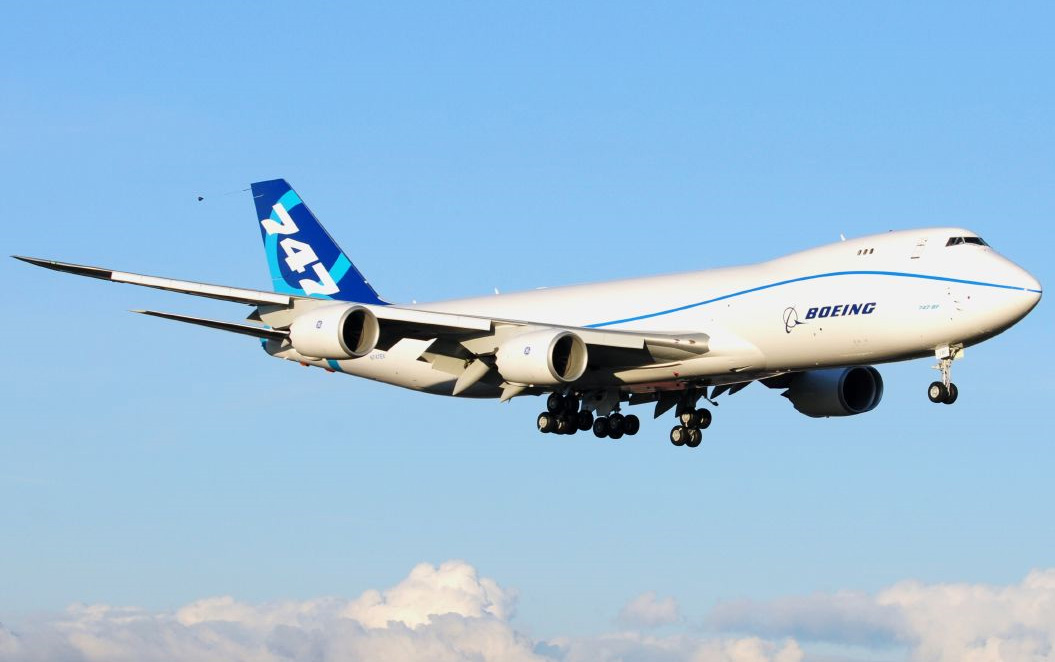 A recent article regarding a Lion Airlines 747 crash that killed all on board after take off in Indonesia.....
"It seems that the operators were caught off guard.............." starts the story. It is this reference to the two pilots being referred to as operators rather than pilots.

"Pop" was my wife's father. He was a pilot's pilot. Visit my blog for the story.

On a "mission" to Cuba to pick up a plane load of rum in a B-24, Pop and his crew had stopped long enough to have a few drinks before heading back to Jacksonville. Pilots and crew have been known to have drink or two from time to time.

After take off the crew settled in and eventually all fell asleep for 2 hours. Flying on autopilot, the crew woke up "somewhere over the states."

Pop always laughed when he told this story.

And then there was the story of a mid-air collision he was involved in on a bombing mission that turned his B-24 upside down. He flew the plane out of that and landed safely with the tail of the other B-24 impaled on the nose of his plane.

Pop could tell a war story and a flying story like none I have ever known.

Pop and many men and women like him who have flown in the military are pilots. Seat of the pants pilots. Excellent, tested and trusted pilots.

If the folks sitting up front in commercial jets are now referred to as operators, than times have changed and not for the good. I learned recently that today's airline pilots can get type-rated in a large jet airliner having never stepped inside the plane. All accomplished inside a high technological flight simulator.

These folks are exceptional at utilizing all of the technology inside the modern day airliner. But are they missing the seat of the pants flying that is needed beyond the modern technology? I find their landings at my destination airports are very good hints if there are operators or pilots in the cockpit.

Just maybe a good old seat of the pants flying experience might have helped in the Lion Airlines crash. Maybe!!

APPLE PIE IN A JAR 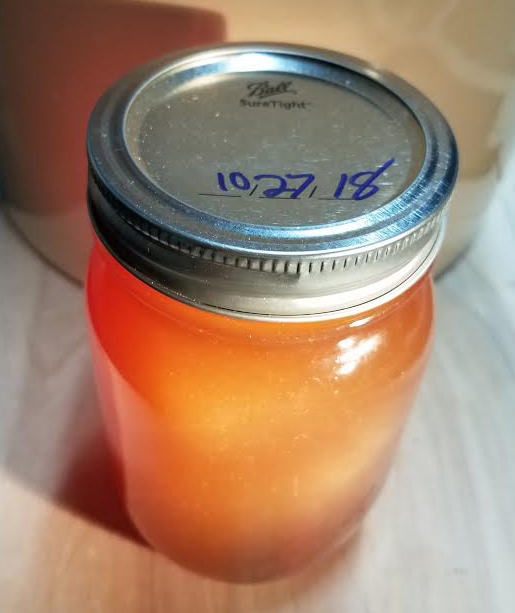 A recent weekend gathering of friends meant some homemade food and snacks. I was told someone brought fresh apple pie and my interest was peaked. In the kitchen was a small cardboard box with a dozen jars of  apple pie moonshine. I have never tried moonshine.

I was immediately reminded of Mags Bennett apple pie moonshine. It was not what it was. Anyone to whom Mags offered up a glass of her apple pie moonshine was in for a one way trip. The Justified TV series was one of the best I have watched from the very first episode. The music in many of the episodes was as enjoyable.

I tried a sip of the apple pie moonshine and was amazed at the flavor and taste. Excellent. But I was not going to try more than that. I did though get to take a glass jar home and the day will come I will try it.

There are a lot of recipes on the net for making this and I do not know if I am going to try. If I were younger and not diabetic, I would for sure. I enjoy making mead and tap a little of that from time to time, but I may just pass on the moonshine. But damn, that sip was mighty yummy!!

The chill of winter is in the office this morning. The wood fire is going and the core of the home is comfortable. Thanksgiving looms next week and I am looking forward to a plate of fixins, covered in gravy and that very first bite of a hot buttered run through a puddle of that plate gravy.

Enjoy the holiday and gatherings. I hope you do not have to put up with political discussions as a part of the holiday. Thanks for your visit here this week.