WOMEN WITH GUNS and HOME OF THE FUTURE 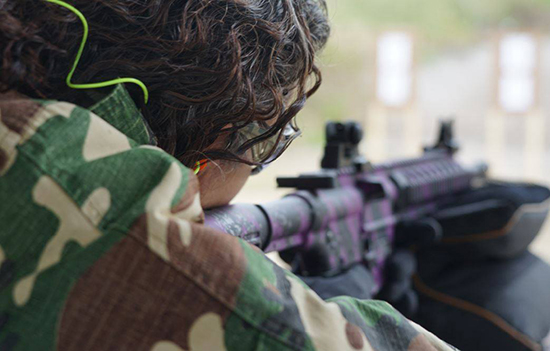 Eight years now as an NRA instructor, sixty plus years plinking with guns, I have been most fortunate to meet some wonderful people. All that I have had the opportunity to teach, have also taught me. Teaching is a two way street, no matter the subject, the teacher or the student. At least this has been my experience. 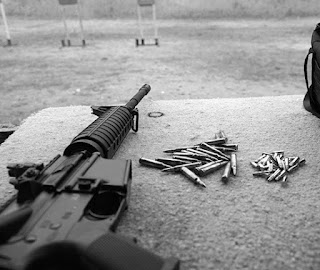 This past weekend I was fortunate to be one of the range instructors with a group of women taking an introductory rifle class. All instructors were NRA qualified. This course was billed as an introductory course for experienced shooters. A few hours in the classroom followed up with an afternoon on the range.

The gals came to us having taken the basic hand gun pistol courses so they brought some shooting experience, basics in handling guns, loading magazines, sight picture and so forth. All range instruction was one on one, under cover of a shooting shed and individual shooting stations.

This was an all gal event, all students and instructors with the exception of me, the only male. They let this "spousal unit" guest instruct at one of the shooting stations.

Three and a half hours of shooting went fast and at the end of many rotations with .22 rifles and iron sights, the class was over. Instructors offered the opportunity for any interested student to try shooting 9mm rifles and the infamous black scary AR-15 using 5.56 ammo. All the gals hung around like kids at a candy station. Hands raised when asked "who wants to try shooting ......?" 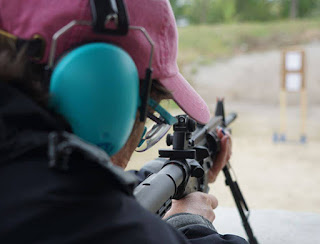 We started each gal with one round and showing them how to load a magazine as it is different than loading a .22 rifle magazine. Reinforced the idea of holding the butt of the rifle snugly against the shooting shoulder. Then sight picture, breathing and squeezing the trigger. Squeezing the trigger is different than pulling the trigger in the application of a slow smooth continuous pull. The loud bang along with more noticeable recoil did not phase one of the gals. "You ok?" we would ask only in that this was their first time with a larger caliber gun. There is more noise and there is more recoil felt in the shooting process. All were fine and wanted more.

We had them load 5 rounds and follow taught procedures. Instructors double checked rifle butt snug against the shoulder and a smooth trigger application. The end of these rotations were met with smiles and "wows" of having tackled the old scary black ugly "assault rifle". Gals of all ages from all walks of life walked the walk; shot the shot.

Any time a teacher's student makes strides in the subject being taught, those moments come with a personal satisfaction that they were able to be a positive influence on the students learning curve.

This instructor beamed inside.

The last gal I worked with was everybody's mother and grandmother. She said she was new to shooting guns, having just completed the first basic pistol course last month. While she was shooting the AR-15 she did not smile but came to the task with intent and a noticeable desire to learn and succeed. No fear of the unknown but rather an internal determination that was wide spread that day..

Whew she finished she stepped aside and a smile came to her face. The smile that says appreciation of having accomplished a new learning task successfully. She genuinely thanked me for my patience and help. I told her she shot perfectly. As a new rifle student, her shot groups were indicative of all that she had been taught that day. More practice and time will improve all components of her basic rifle shooting. I thanked her for letting me teach her.

why science and experience command that you buy an assault rifle

A good read if you are of the mind.

It has finally hit home with me that a brave new world in every corner is here and every new corner that emerges is soaked with gadgetry to "make life better, happier, easier, more comfortable and so forth. How many new doors open now for hacking into living spaces?

Good for Amazon, new innovations and getting them to market. Technology these days amazes me and so much is evolving so fast. But with most of this, I like being a "watcher."

The little round vacuum that cleans all by itself and then finds the wall plug in for recharging. I would be the one who puts a book in front of the charging station and then sit back and watch the little vacuum. I guess that is "f-ing" with it and I doubt not that some kind of report would sent back to Amazon in the sky and a check message would soon appear on my cell phone;"check vacuum access port route." This is the little vacuum design that a couple years ago, got into messy dog poo and flung it all over the home. I wonder if they have worked this out yet?

Smart this gadget and smart that gadget would not be a living environment for me. But maybe for the younger folk, this is the way to go for convenience. Won't be too soon where a voice command will bring immediate response to satisfy the needs of the folks living in one of these new smart homes.

Add a self driving car plugging itself in outside, drone delivery of physical things and commuting. Dick Tracy had not a clue.

I'll watch!! Well, then there is this and gives me great pause.

WHO THINKS UP THESE THINGS?

I happened on this you-tube video by chance. The first cuts of the hot dog buns got my attention and by the end of this first meal idea, I was ready to get the hot dogs out and try this. The cheese. the chili, the toasting, the cutting and the plating. What are you waiting for?

Yep, made the leap to bionic shoulder man coming in two months. I have put this off too long and the good lord willing, with another 15 years in this body thought I might as well get rid of the ever increasing pain.

The doctor looked at her records and said it has been three years since I saw you last. "What has changed as your x-rays today look the same as they did three years ago; bone on bone?" Three years have gone by and I thought it had just been a year. A lesson.

I explained it was basically the increased pain and discomfort. I told her that I thought the pain would plateau and that I could live with it. Nope!!

We talked the procedure and she told me more than I really wanted to know. I get it and I manned up and told her to set a date and "let's do this." A six month to a year recovery period. I do not even want to talk about this. Lose a minimum of 20 pounds and have a good day.

I have a had a knee replaced, the wife two plus two shoulder operations. We have managed just fine. The doctors and staff who help and work on us, walk on water. They take our care to heart.

Besides, the wife and I do a great job of taking care of each other in times like this. We also have good family and friend support.

Hmmmmmm. "Hey can you come over and stack two cords of wood because I am recovering from surgery?" No, would never ask that, but it does put a smile on my face.

How am I going to blog one handed? We will see. Can you live two months without "The After." Don't answer that!!

Thanks for checking in this week. Leave the electronics in your pockets when out and about. Enjoy the good weather. Get some plants in the ground and treat yourself(s) to a positive this week. 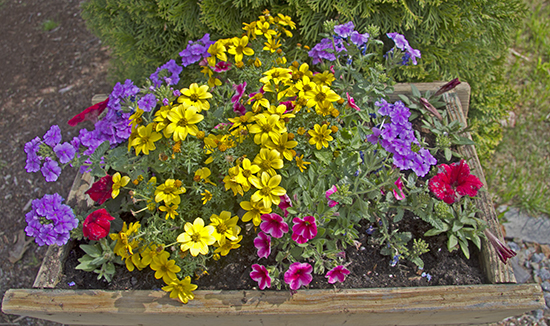