In James Cameron's Story of Science Fiction series, episode two, David Gerrold (science fiction writer) explains balonium. “...is that stuff you make up to make the story work....if we had the right balonium, we could make faster than light travel work.”

From this I get the impression that way behind the scenes of writing science fiction stories, there come times when writers need to invent something not yet in the real world, yet needed to advance a story. Faster than the speed of light is an example. You and I are sold “Warp Drive---Jump--etc.” as the balonium we need to buy into. A little “handwavyium (distracting the audience) using visual light spears and apparent fast motion helps move the characters and story line faster than light speed.

The science fiction writers challenge is to get us to buy into it. If we do, the story advances.

Marvels, Agents of Shield has ended its 5th season now and we have been with the series since the first episode.

Ever since Colson hopped into his 1962 Corvette, in episode 1 and flew away, I was hooked. “gonna be a good series and story line me thought.” And it was for the first few seasons.

But this season 5 has sunk to the point where the wife and I now fast forward to the end of an episode, unable to wade through more “gravitonium.” Yep, gravitonium. Writers are trying to sell me, and have been for way too long this season on gravitonium. The writers have wound this series and its characters in multiple tangents of impossible to follow worlds, times and story lines. It has all finally turned into crapatonium and we skip watch recorded episodes mostly out of habit.

Problem is (AOS season 5 writers) are no longer capable of writing great to even good science fiction. If the season was detached and run a muck, the final episode in the season final ending was baloney that had been left in the sun for a few days yet served up as a main course. And killing off a long time key cast members was a serious mistake.

The Marvel group and the characters all suffer at the hands of writers lost in a world of poorly developed baloney.

Will I watch a season 6 if there is one? I have little hope that writers can get out of their own way to save this cast and adventure.  They need new blood at the writing desks and maybe if they get a few 12 year-old kids to help write another season, I will peak in.

The upside from all of this is that the wife and I now have a whole new vocabulary of “iums.” All rooted in the purposeful struggle to make any story believable.

RETURN OF THE BEAR

Foolishly, I bought into the idea that the bear will not return this season. He has found new traveling grounds and thus I can leave my bird feeders up for the season. Not. 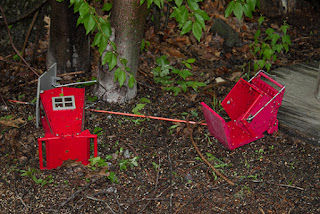 Found all of the tree-hanging ones on the ground, not too much worse for wear. The two wooden ones have been yanked and dragged from their stumps and they need roof repairs. 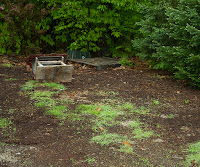 Adding insult to the nights work, the bear left scat as some kind of final statement before he moved on. I know, he is just trying to make a living and that is ok, but the scat in the middle of the morning ruins is truly a slap in the face.

Graphic video of a bad guy with a gun trying to rob from women and children meeting a good woman with a gun. Do not watch if you are bothered by these kinds of things.

Personally, I find a few moments with John Wick, Jack Reacher or a 15 second Walking Dead commercial to be much more graphic in the name of entertainment, not self-defense.

Regardless, this video shows who the criminals prefer to use lethal force against. All bets are off when the gun is introduced into the crime.

A disarmed society is forever doomed to the whims of criminals. Makes no difference which side of the debate you are on. The opening few seconds of this video depicts clearly what real crime looks like. No laws in the world will ever make a difference to the person intent on hurting others.

The woman with a gun in this video was well-trained.

--The royal wedding this weekend was a good distraction. I found some of the moments and scenes wonderful. I could not turn off the audio commentary fast enough though. How about that XKE departure?

It appeared to me that the Jag just took off with out any clutching, shifting etc. Yep, that particular 1968 XKE has been electrified. Sad, but like the wife said, probably the only way to keep it running. Purchasing a Jag of that model also meant having a mechanic on staff full time. Regardless, the Prince and Duchess of Sussex lost a few points driving a 1968 electrified Jaguar. It is just not right.

--Your home work this week, should you accept the mission is Ebola? A simple read up on 8 of the basics.

-- Holiday weekend next. Maybe you are going to add a day or two this week or at least get to the going early on Friday. Gonna cost ya more at the pumps, but keep in mind, you are not taking it with you. In 4 weeks the days start getting shorter!!