THIS IS NOT A DRILL--DRONE VIDEO ONE 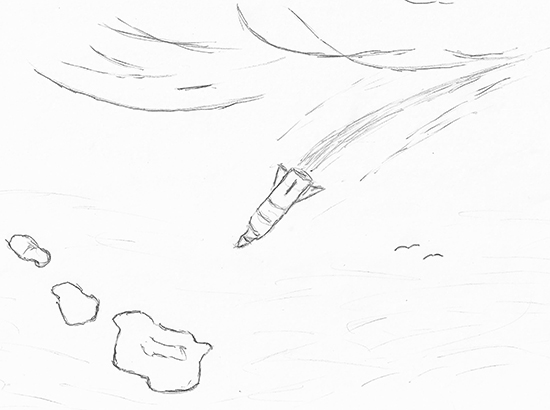 "Ballistic Missile Threat Inbound to Hawaii,  Seek immediate shelter. This is not a drill.”

Nope, not a drill but rather the wrong button was pushed twice on a normal shift change test. “Gall-lee”

Alert apparently lasted for 38 minutes. Video of parents putting their children in storm drains are hard to watch. At that moment in time, operating on a state-wide government alert notice about a real pending nuclear attack, might have been a good option. “dup dup dup dup dup dup.......”

But this is the type of thing we should be well aware of. A simple stupid act by some half-baked employee could very well touch off “The After.” Maybe it has always been that way and we just did not pay attention nor know the depths of incompetence that our national security rests on.

I have come to be a fan of a false flag event as a causal factor of bad things spinning out of control. All we have to do is step back and look at this crazy world. The expert elite talking heads. The fools in charge. The apology or mis-speaking for all things FU'd is a common go to answer. Maybe a shrug of the shoulders added for emphasis.

“What would have I done?” I ask myself this in the quiet of the night. “How many minutes till impact?  With a few minutes to think, I can come up with options, none of which include getting in a storm drain. I hate these kinds of spaces along with spiders and snakes. I think I would look low (lying) spaces and barriers. Gather in vehicle, bug out bags together; eyes away from horizon, sun glasses on if I have them at hand, wait and see. A protected cement enclosure that I could hold up a few days.  A crap shoot at best.

OR: in dark recesses of worldly corners, a planned distraction.

What else this week?

Another group to which I am assigned. Recent article in the WSJ seeks the perfect age. I was curious. Having 73 of them under my belt, what was their opinion. In the reading I found that I belonged to a new group; the Time Affluent. Means I have time on my hands. No general consensus though as every age time has its ups and downs. Of all the groups I am assigned to these days, Time Affluent works.

Late posting this past week. Excuses get in the way.
Cold weather and finding opening spaces to practice in have slowed down my outings to fly. But with all things new, I have to start somewhere and this drone video is that start.


A good friend out flying his new plane.

Have a wonderful week and thanks for the visit.
Posted by ymata at 5:00 AM