It has been a week now since the NFL's Cincinnati Browns fans celebrated a 0-16 season. They lost every game. Adorned in their battle gear, their team entered the arenas sixteen times, and lost every encounter.

I get it that it was a tough season. Say what you will or celebrate in jest, every fan and players knows deep in their heart that they lost every game. Not one yard advanced helped achieve a victory.

I have no agenda talking about this. Nothing against any team, organization, player or even the NFL. The celebration of failure to this extent, is a comment on a changing nation and peoples. Kneel in protest and who cares? Play to minimal effort. Who cares? Push personal agendas and antics. Who cares? Strut your stuff above everyone else. Who cares? Lose multiple millions of dollars. Who cares?

I would like to think that in the deep recesses of the Browns' organization, a meeting of the money folk, the investor folk, the long-term career folk, the owner folk, the coach folk, the National Anthem folk, advertiser folk, NFL folk and Cincinnati political folk are not wearing paper hats on their heads and yukking it up. No slapping each other on the *** and tapping that fine bottle of whiskey. Actually, the Browns are 1-31 for TWO seasons. That, in of itself, is comment enough. I hope someone is taking this much more seriously than the celebrating of failure.
............................................ 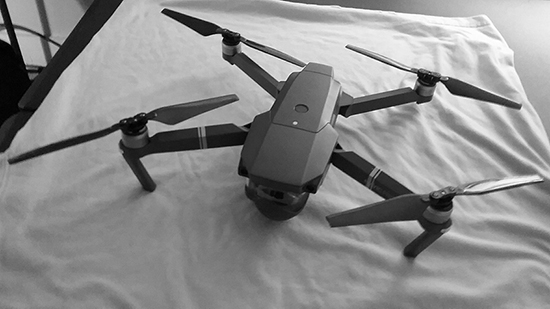 I received a Mavic Pro for Christmas and now have about three hours flight time. I started quick flights on my son's drone before winter set in and since Christmas, maybe 90 minutes flight time with mine. Weather has been outside the flight envelope and fingers numb up. Baby steps.

The cost of the drone is beyond anything I thought I would ever spend for a toy. BUT, the photography aspects of this technology won me over and I just went with it. Some pressure from family folk, too, as this was a gift. I succumbed with out too much of a fight.

Biggest initial hurdles is learning the controls with finesse and smoothness. Also learning camera settings and flying techniques available with the drone technology. There are skills I need to acquire. But my other biggest obstacle is mental. Once the drone is out of sight, I get nervous. That only takes a few moments and, as you can see in the photos below, the drone disappeared in the haze of a cloudy sky and the white of surrounding snow.

I do have a full heads' up display that has all the real time information and visual flying clues a pilot needs.  I even have a "return to home" arrow that I can follow back to the exact spot the drone departed from. The drone is silent to me above 100'. Even as I do hear it approach, my basic instincts is to look up, try to find it and fly like I did with other sport model flying. I need to be able to fly right back to my locations using the flight screen alone.

Finding wide open spaces has not been easy but a must for the learning and trust curve. Thus far, the drone and tablet have worked perfectly together. Android phones only stay on for ten minutes then shut off. My son has learned to over come this. I want no part of any flight screen shutting off during flight. The tablet stays on for 30 minutes and most all of my flights have lasted no longer than 22 minutes with a 6-7 safety cushion of emergency flight time still left.

The technology for the price is amazing and this drone will challenge me for quite awhile before I get comfortable and gain the skills with all of the flight modes and photography options. 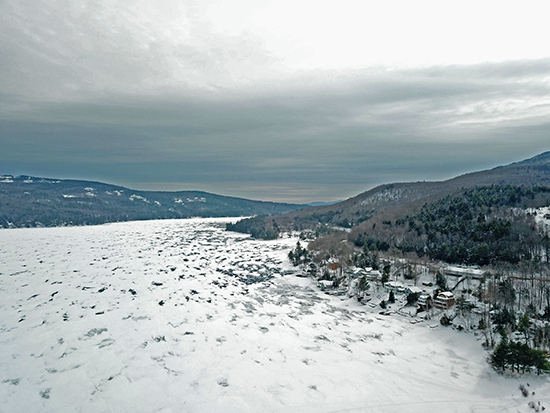 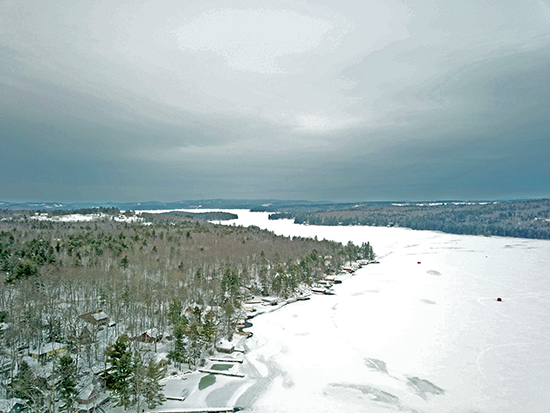 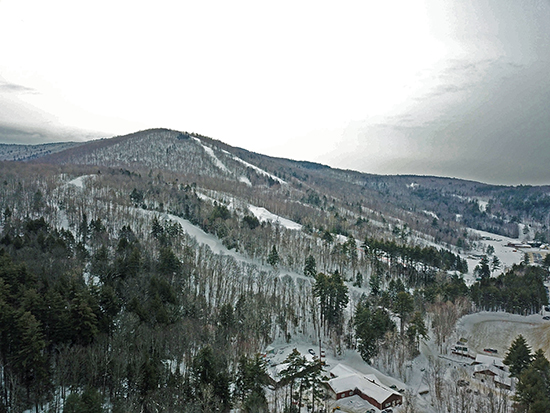 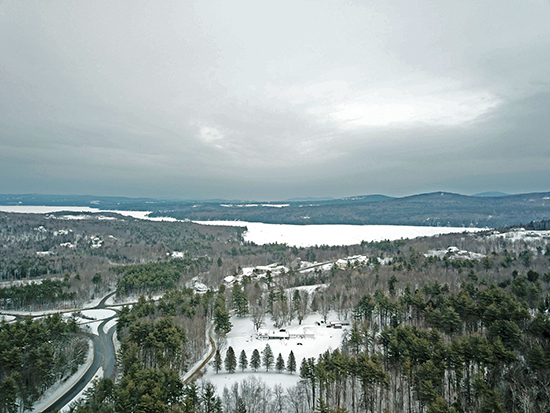 This a good read to help keep prepper's heads in the game.

Drone Delivery- The future is here. Keep an eye on this quickly advancing technology. I think we will be amazed at how soon an on-line order will be delivered to our door steps.

Bell APT Drone - Vertical to horizontal back to vertical flight.

How an AK-47 works. Best modeling of the working mechanics of a gun.

Cowboy Shooting. Less than a minute of fun.

Still dealing with winter weather along with many others. Sixty degree temperature swing in 24 hours, rain, melting snow, freezing rain, more snow and freezing temperatures on the move north west to south east.

Standing water prompted son to put his car on blocks as a preventative measure. Standing water was just starting to ice over when he took this photo.  To add to this challenge was the need to jack up each tire and then place the blocks underneath. The blocks would slide on the ice when trying to drive on them. It is good to be young. 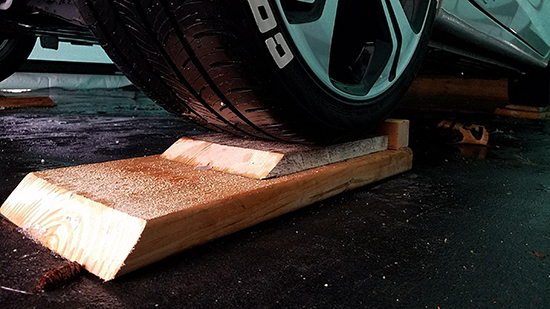 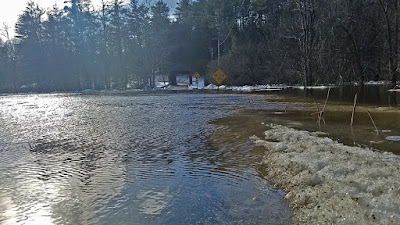 Normal approach to and through covered bridge impossible. 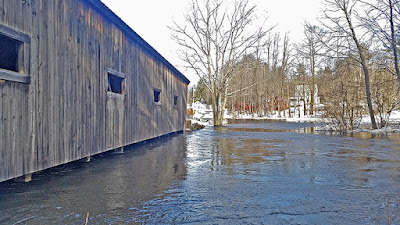 Same covered bridge and river running under. Usually 6-10 feet clearance under the bridge 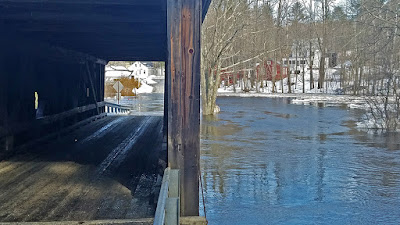 Looking north through covered bridge and into town. 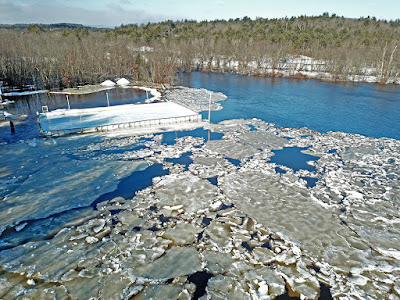 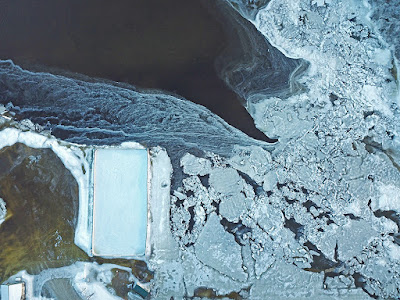 Winter has returned as I publish this morning. Thanks for the visit this week.