Visited with a good friend a few days ago who awoke to leaking pipes on Christmas Eve and worked that problem through Christmas Day. And once again, winter has arrived like a semi-truck at full throttle on a downhill run.

We are prepared for the most part. The cold, though, has a way creeping in through windows, nooks, crannies and on bedsheets turned back awaiting evening's arrival and the shoulders are "enjoying" an increase in overall discomfort as a seasonal side-dish. 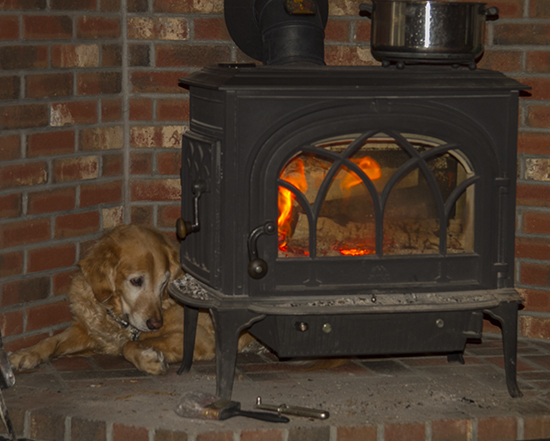 Our Golden has these mornings dialed in. 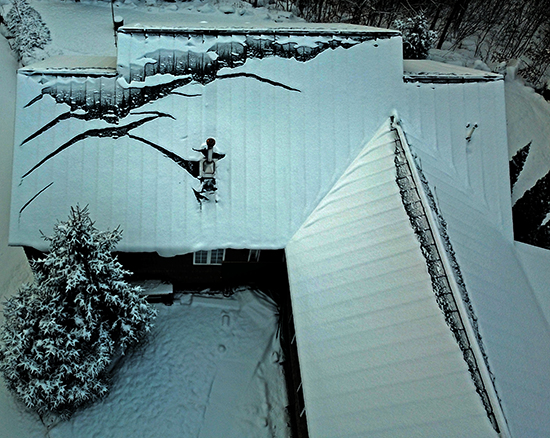 Wood stove is at peak heat and struggles to help keep the warm home. Bedrooms, office doors closed and drapes hang over doors to the outside to help heat loss.  Appears not to be a passing fancy of Mother Winter but a trend lasting well into January. 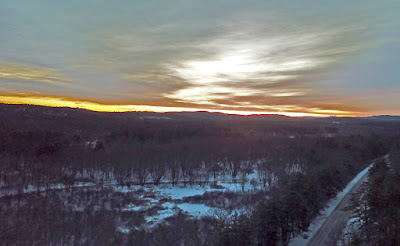 Drone landed under the Christmas tree last weekend. It has had it first flight and all works well but this pilot has alot to learn. 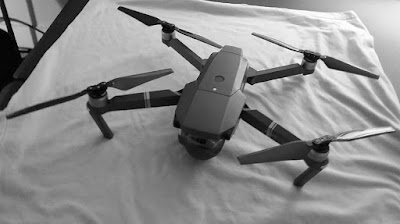 I am trying to avoid much thinking and worrying about the year ahead.

Probably more alien stories, as if no one ever suspected or knew about any of this since the days of cave paintings and carvings. Nor have there ever been hundreds of thousands of reports and photos from hundreds of thousands people over the history of the world. Then there is the government telling me/us there is nothing here of interest, etc.

There are some accounts of F4 Phantom pilots encountering alien craft while on missions over Vietnam and North Vietnam. One might give a sighting from a pilot or fighter pilot some credence.

There are believers and there are non-believers. I am a believer. To think we are the only intelligent beings (that is a stretch, huh?) in a universe beyond our imaginations seems short-sighted and closed-minded. But that is me. Might we all memorize "Klaatu barada nikto" just in case.

For years here, a theme in our lives has been concern for a day in the future when all hell breaks loose. There are enough tipping points floating around in the world that one shot in the dark might just might be enough to pull the wrong stick from a very tall Jenga stack.

My last net headline visit over the past weeks is "war breaking out in the next 12 weeks." Maybe sooner, maybe it is longer, but generals putting a real time period on world war possibility gives me serious pause. This will be the front and center elephant in my home this coming year. For years past, these prophecies have been well into the future, ie., years away. To see it now being talked of being weeks away is bothersome at best.

Add the boat-loads of distractions and misdirections on the screens to cloud any long-range vision or plan.

Not going to go crazy, flail hands in the air and run circles looking for a safe place. But plan to stick to the plan that is - in theory here - a point for blogging. Sharing any thoughts on an after with you (and prepping) is helpful for me to vent some, think out loud, continue to act accordingly and live a life. The more of us that are better prepared means that more of us are better prepared.

I believe that 2018 can be wonderful year of all around growth. As I look forward to this I will continue the tendency to turn around and look over my shoulder.

THE NEW YEAR IS COMING...

Publishing later this morning. Fingers are cold and it takes a few hours for this room to come to comfort. Small fan pulling warmth of the hallway and electric heater on under the table. Coffee cup number two.

New Year's Eve tonight. The wife and I have lobster for New Year's Eve every year. OK, two lobsters. That makes four lobsters. We may watch some of the world festivities in passing on TV. We are looking forward to episode 7 of season 7 Game of Thrones. Most likely bedtime will be "tenish" and we will read tomorrow morning last years New Year's Eve major headlines. The new year will begin quietly for us.

I've been seeking words of wisdom encompassing a year past and old man guidelines to share with all in the new year. Sometimes, trying too hard produces less than loosening the reigns and going with the normal flow. I yield to the normal flow.

I appreciate your visits. The technology these days opens doors that I never ever dreamed of and writing of things that are read by folks around the world, on a daily basis, is beyond my ability to fully grasp. My seventh-grade teacher told me that if I did not learn to write using cursive (instead of printing), I would be a failure in life. I did not believe her then and continued to go against the grain of cursive writing. Printing won out. I was stubborn.

Communicating like this now is a normal flow in today's world. I will go with that into the new year.

In keeping: enjoy, laugh, be close, open to learning the new, heads up, look over your shoulders often and continued working on self-sufficiency.

Happy New Year World.
Posted by ymata at 9:11 AM