I did not realize it was possible to have the same Christmas, twice in the same year, but I did in 1969. Conflicts with my last post, huh? 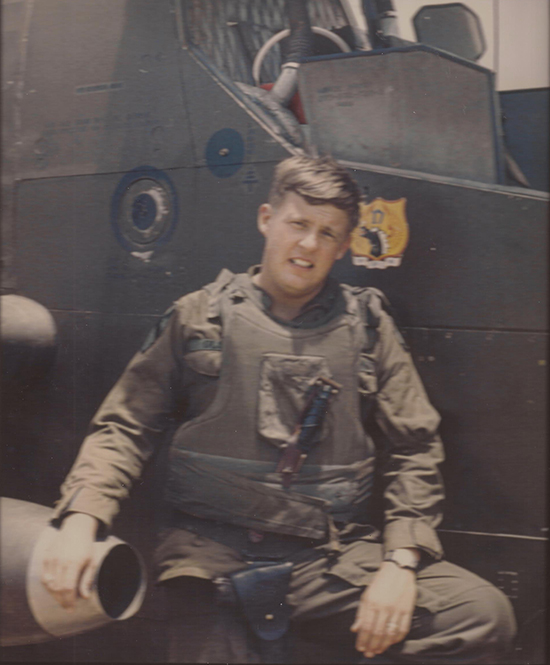 An afternoon stop at the officers club for lunch and then I planned to return to flight operations. No scheduled flights but I usually hung out in Flight Ops during the day. Helicopters coming and going, always seemed to be activity worthy of watching.

I pushed my lunch aside and walked directly to the Personnel Office and asked if what I had just heard was true. They said it was; said I was eligible and when did I want to go. I replied, “yesterday.” I signed the necessary paper work and was told to report back later that afternoon for orders home and paperwork for completion of my military service .

I walked over to flight operations and erased my name off of the flight schedule board. That was a defining moment when it all ended. No more combat flying, no more Army helicopter flying and just a few days left serving my duty to my country. 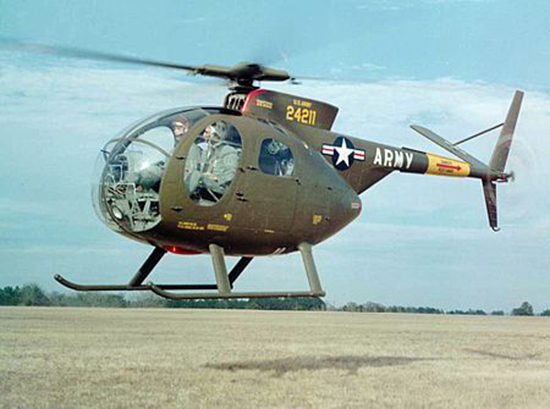 A hot shot young pilot put me in the back seat of his “LOACH” and flew me to the airfield to catch my “Caribou” to Tan Sun Nhut. The young kid laughed the whole way to the little airfield, flying as low as he possibly could, trying to scare the hell out of me. Good kid!! He landed, we saluted and shook hands. He pulled pitch as I walked away as he picked up the low level route back to home base. In the blink of an eye, a moment in life etched in my permanent memory. It still puts a smile on my face.

I was on a plane the next morning to catch a flight home. All that happened a few days before Christmas, 1969.

We landed in Hawaii on Christmas Day to refuel and landed at McChord AFB, Christmas Eve. Time change and all. “I'll be home for Christmas" by Bing Crosby played inside the plane as we descended over the western shore of Washington State. Never ever has that song meant so much as it did at that moment. To see the shores of my native state pass under us, the past four years of duty and Christmas Eve all wrapped in one whole moment, was a full heart.

To see my folks on Christmas Day, 1969 was a most wonderful present for all of us. There must have been a noticeable “whooshing sound” of relief from our home that day.


Never say never. An old saying because quite often one finds him/herself in the never. Big nevers or small nevers! Regardless, never has arrived for me and cell phones.

My only real need for a cell phone is to call five people or so and only from time to time. My cell phone spends most of its life perched on an up-side down jar in a south facing window. We have a metal roof which kills cell phone reception in our house, especially in an area where our cell phone reception outside is the smallest bar at best.

I do take a photo from time to time and mail it to myself. What else do I need? What else do I want? I want the Iphone 7 plus high end, super duper world connectivity, virtual reality, voice command to know 'what the fox' says experience. I want that $900 dollar experience for under $150. Of course, you know it is not the same experience, but a good stepping stone and improvement on my current cell phone.

There came a point quickly in my wanting to learn of this where terminology escaped me and I knew not even the questions to ask. Much like trying to ask a question to a HAM operator about HAM radio. Never ever got an answer I understood, no matter how simple I thought the question was.

I waded through a few folks asking questions on smart phones. I did want a bigger machine than the little one I had before. But rarely these days does one stumble on "the person" to answer questions, one that knows the subject matter and more importantly, one that is interested in working with customers, people, other people; but a person who is able and willing to engage.

And then, out of the blue I found him. A young geek. Answered my questions, gave good suggestions and explained why phone A over phone B for a similar price.  And yes, it does this and does that and you can shut that off if you do not want it, but you and I both know that a cell phone is never shut off. Too think other wise is to be further down the technological ladder than I am on and there are no rungs below the rung I stand on.

So  I hooked  it up. OK!!! had it hooked up, turned on and set off on my own. New cell phone with no numbers in it and could not answer a call. Did not understand the press button and swipe right. Good size and wonderful touch screen. Swiping left, right, up and down and things happen; or, not.

But with a little help from my son and other knowledgeable friends, I am up and running.  Voice commands. This is fun and scary at the same time. It is easier for me now to see how lost one can get in all of this.  There appears to be no limit to information gathering and use.

I now know "what the fox" says and how to text, call, navigate using voice commands. Yea!? Well, we will see.

We are up at 04:30 this morning and the first cup of coffee already gone. The first cup is the best, because it is poured when there is just enough brewed to be a full cup. Thus, it is the strongest. In The After, I must have my coffee. What ever it takes, got to have the morning coffee. I would put in 55 gallon drums of coffee beans and ground coffee if I thought it would keep.

The dog appears needy this morning, but apparently just needed to go outside to do her business. Minus temperatures coming later this week. She always wants go investigate outside on these ugly, cold mornings instead of just doing her business. And the cat has the coming in house down pat now. No lolly gagging. She zooms in and paces. We give her fresh chicken bites to which she turns up her nose. Fresh medium pieces of steak tip last night before the lot turned into Beef Stroganoff. Again not good enough. Cream in a kitty cup. Nope!! Asking the cell phone "what does the cat want?"

The local TV news this morning is full of heroes and victims. None of which are heroes or victims. But a good story is always made. The outside reporter stands in some nondescript place talking important nonsense. "Back to you, Ned!"

The weather men cannot or will not/never give the weather report. A weather map shown on the background green screen and the full report is pushed back to the end of half hour and hour news period. And then the weathermen and weather women are non specific. Almost fearful of a forecasted weather statement. At the end of the first teaser is another "stay tuned, too early to tell" and eventually the whole report runs the gamete of sun, clouds, moisture, some accumulation here and there, general temperatures complete with driving and winter dressing lessons. Or "the public is warned not to try to push a Moose while on foot."

Gonna try asking my cell phone what the weather will be today. My bet is Jane will give me the weather report in one complete sentence. I named the woman in my phone Jane.

KIDS HAVING FUN WITH TECHNOLOGY 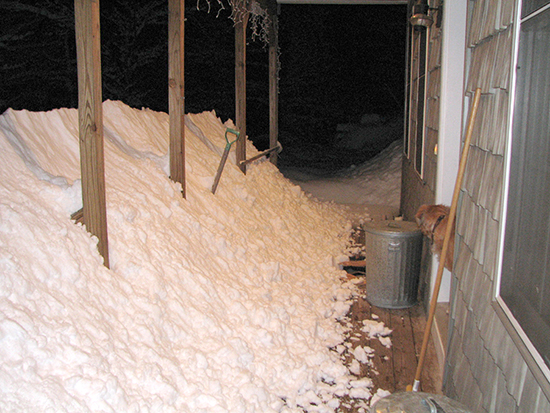 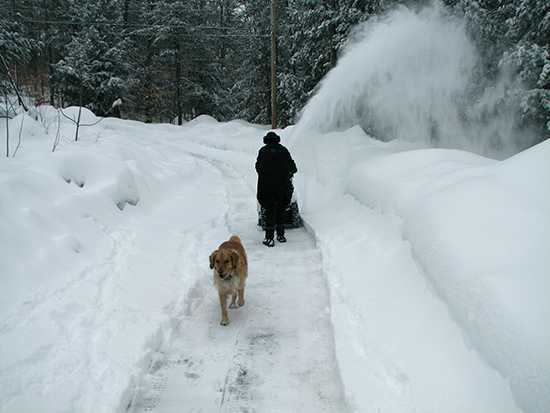 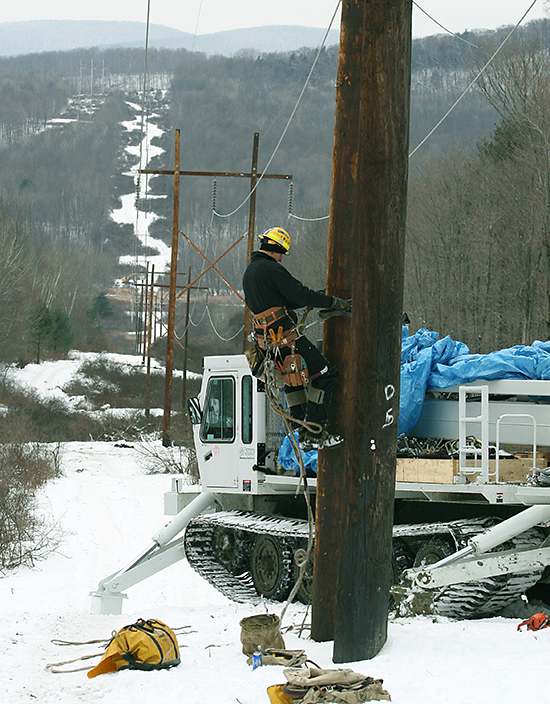 Climbing to His Office


Have A Wonderful Week Before Christmas.  And!! Merry Christmas