CHRISTMAS ONLY COMES ONCE A YEAR 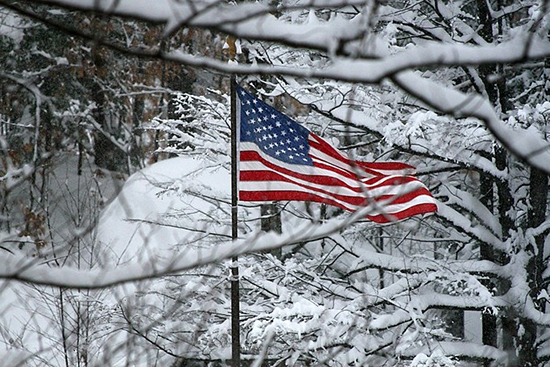 And for this I am happy, Christmas coming once a year. Not from a “bah humbug” Christmas perspective, but from the “too many cookies, other related snacks and overly rich meals” perspective. I could say "NO", but how does that work?

For several days now, I find myself sitting at the kitchen table visiting and watching her make cookies. Tray after tray comes out, set in front of me and counted. Yep, her is counting cookies and naming names. I spent a good part of yesterday, like the dog, waiting for a falling Russian Tea Cake or computing how to steal one. But they are lined up like soldiers and all in pre-mission status. The last thing I want is to be caught stealing already spoken-for cookies. But at 4 pm yesterday, most were prepackaged and there were 8 left over. I know there were eight because I counted them. By 5 pm there were none and I had powdered sugar all over the front of me. I have yet to eat a RTC without wearing it.

Now this morning we are clearing the decks for 150 CC cookies, give or take. I like mine on the crispy side and her likes them chewy. A team cooking effort as the morning progresses. Our plan is to complete the annual CC cookie baking season in one day. We have never done this before and by all accounts, are a week and a half early with this whole process.

First snow this morning. Barely day break now and it is white outside. I love these first snow days. First dog prints when she goes out to do her business. The local weather people are acting out like this is a most unique event, some schools are closing and somewhere someone just drove off the highway, white dust settling, headlights aimed into the forest and a 911 call. “It has all happened before....” But I so love the first snow fall. If you come here weekly, you will also hear how tired I am of the snow. But that is a month away. Right now, it is 4th cup of coffee, a Russian Tea Cake, powdered sugar on the keyboard and a perfect morning fire.

The two steep slopes of the driveway were sanded this past weekend, utility trailer set up on blocks and several other items outside covered with small tarps. That was it for this past season. Now the snow will own all of this for a few months. This morning is my official recognition of winter setting in. The tractor with snow blower attached, will run the driveway for the first time this season when this first falling of snow ends. 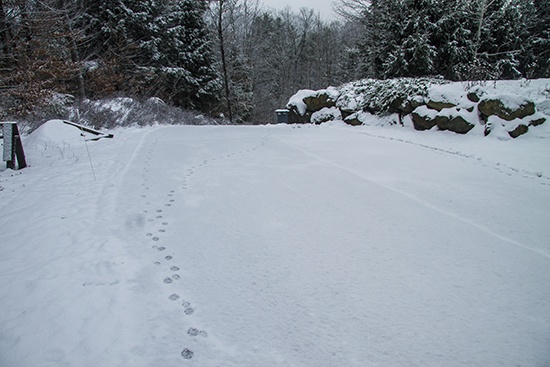 Top photo shows three animals prints, two adults and one youngster. Look to the far right, next to the snow edge for the other set of adult prints.  Also shown here in bottom photo.

Had I looked out the office window earlier,  just at the right time, I would have seen this family of three, moving up the driveway towards the back woods. I think the prints are cat prints, wife thinks fox maybe. Regardless, good size animals.

It is during winter months when I get see how many animals come and go here on a nightly basis. Often there are driveway animal crossing prints near the bottom of the driveway. Daily animal routes traveled  through our area.

I will finish here, talking of food stuffs for this blog.

The oysters are shipped here as fresh as possible and that is noticeable from the eating. Fresh oysters taste noticeably better than older oysters. We purchased 12 pints and plan to devour each and every one before mid-December. Grandparents and parents taught me to parboil oysters for a few minutes, drain and rinse in cold water and pat dry. This process firms up the oyster and prevents the Godawful milky/runny/gooey/yucky oyster experience.

Then egg, cracker meal of choosing and lightly fried to golden brown. I like the finished product with squeezed lemon and a quick dip in catsup. Like the annual cookies, the wife and I can mainline oysters till we have overdosed. Not a word is said at the dinner table, maybe a hand signal for passing the salt or sauce, but no normal conversation. We do make eye contact several times. The last two oysters are offered to each other and we split them. The dog watches the whole meal from her vantage point between our kitchen eating island chairs. The dog looks at her, the dog looks at me and nothing drops on the floor. The dog suffers through our oyster dinners. A couple more dinner meals are in the offering with one small batch of oyster stew near the end. It is what it is. Nothing more and for sure nothing less.

Mid-week and quick morning media story with chunky child explaining how Santa Claus 'fat shamed' him when Santa told the child he should lay off the burgers and fries. Mom was sitting right next to the child as he told the cameras how he could not sleep and how troubled he was that he was "fat shamed" by Santa Claus.

The back story we do not see, and I am guessing here, is how all of parts and pieces were put in place for this youngster to find a news outlet to sit down and tell his story. I do not want to put out any fake news here, but there had to be some organization and commenting to get this sit down interview set up and filmed. I am guessing mom had a hand in this because she is a mom. The little guy was a little chunky. And I think cameras make all of us look as if we are carrying a little more water than usual. The media inadvertently has added more weight to the little guy.

Apparently, Santa apologized and the story ends with the possibility that Santa will be let go. I fear there will be a follow-up story. Mom and son may even make the national news.

I should quit here, but cannot. What happens if Santa is fired and the little guy sees Santa again at the mall? Does he ask the question; “Why is Santa working at the mall and why did he get a job promotion?” If so, will mom lie to her son or will she decide the truth moment has come and have the Santa talk?

If mom and son are seriously worried about chunkiness, does mom suggest to son that more salads and fruit options will be added to snack stops? Will son agree? Will mom suggest?

Will there be an intervention in the family? Will those in government offices and “the better” friends show up for a needed family talk? Will paperwork need to be signed and diet sheets distributed to the family and a plan developed with bi-monthly meetings and reports filed?

Is the feeding of her son some how abusive?

See how this spirals out of control? All it will take is for one do-gooder to nudge this fat-shaming bolder downhill and it will have a life of its own.

They may have bitten off more than they can chew!

The current President Elect, “The Donald” is making his own news on twitter by bypassing the media control of the minute by minute news cycle. The Donald tweets, controlling the news item release. The media can only react from there. They are all a -“twitter” about all things political and I bet they play second fiddle in days, weeks, months and years ahead.

Disbelief runs amuck and noise now for American's who disavow “The Donald” being their president just up and not pay their taxes in protest. I think this ranks right up there with Hollywood going to Mars or moving to another country in protest. Not even hot air anymore but rather lukewarm throws of “Fideling.”

Yea, I am enjoying this. In making the world great again, if cards are played right, foundations set properly and smart players playing smart, all of this could go on for the next 16 years. Eight of “The Donald” and eight of Pence.

We started with a little FOX news this morning and one of their first questions, to the watching audience, was "Should it be a crime to kill a cop?" It is very possible that meant to say "hate crime", but if that was the case, their initial query was never qualified as such. Even then the "stupidity light" automatically flashes over their heads. And to this, her and I tried to offer up some kind of common sense, thoughtful response to the TV. Yep, you do it, too, I bet; talk to the TV. And even here now, I want to write up the height of disconnectedness and lack of involvement in doing one's job to the best of one's ability and it all just becomes yadda yadda yadda.

My father on a snow machine winter of 1967. Amazing change in this technology over the last 50 years. Mom wrote on the back of this photo that Dad did not want to try riding it and was just happy getting his photo taken. 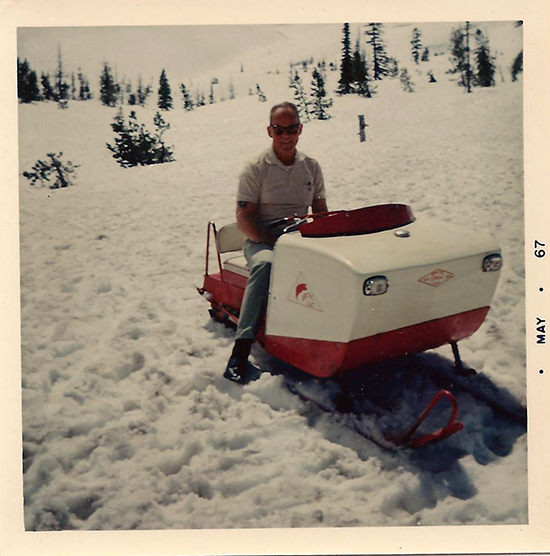 
Woke up to four degrees this morning and five to eight inches of snow predicted tonight and tomorrow through the morning commute. Gonna be a normal winter mess with school closings and a few folks off the roads.