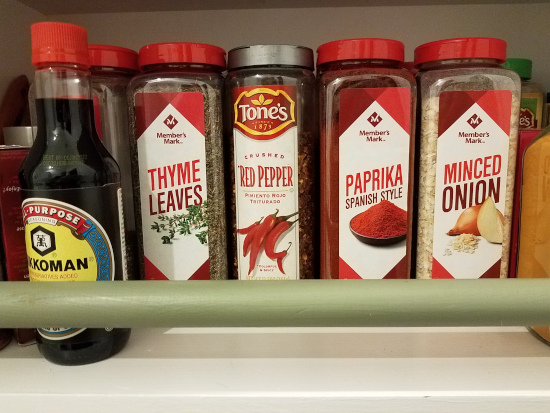 Her mentioned this past week that there is now a paprika shortage. Apparently China has control over the paprika supply. See article.  My immediate response was do we have enough? I wonder if we go to the store tomorrow we can find some? Gotta have paprika in The After?
My wife uses a half and half mixture of paprika and salt on the annual turkey. Turns it a beautiful color as it bakes in the oven. Her mother always did, now she does it. No complaints.
She also uses it in her homemade mushroom soup. Says it adds a 'nuttiness' to the flavor. I do love the soup.
My mother always filled her turkey with homemade dressing, smeared butter by hand all over the turkey and basted often. No complaints there either.
Regardless, the absence of paprika due to shortages makes me uneasy. Shortages!!
So do we have paprika in these trying times? Apparently we do. But like ammo, how much do we need? Where is the "we are fine line and do not need to worry about paprika? How much of anything is enough?
Toilet paper became an issue. Folks quickly realized that a roll or two was not enough in the near future. Masks? The fear put into the populace due to mask shortages portrayed an immediacy of wear a mask or die, get infected, or infect someone else etc.
A few months later everyone is selling some type of mask. Toilet paper seems to have settled down. If China quits paprika, someone else will pick it up. Supply/demand. The market place and all of that.
What happens though when the supply chain falters or breaks down to a point, more items are no longer available. Venezuela a good example. Once thriving, now broken from top to bottom. Seemingly overnight stores emptied, services gone and people on the street waiting in long lines for basic living/life necessities. There is no bouncing back from down times like this.
FYI
Found a box of 20 - .223 for $ 1.30 each at a Texas gun store recently. The shelves were bare except for a few oddball calibers. Very few handguns in the case, but seemed like a good selection of rifles. 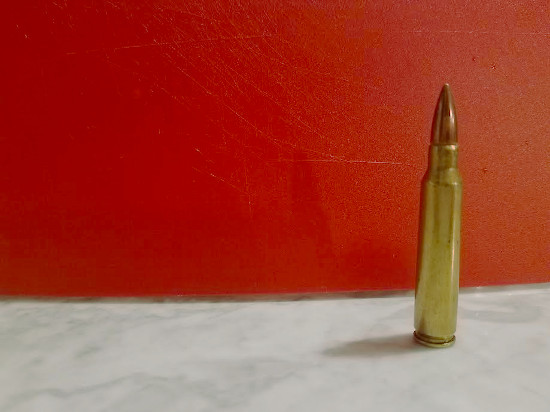 $1.30 for just one. Sheds a whole new light on topping off a half dozen 30 round magazines.
Just months ago, seemed ammo was aplenty and the prices reasonable. A year ago, the shelves were full, the prices dirt cheap and I kick myself thinking it would always be like this and that I had time. I could always come by that next week to pick up a box or other gun-related gear. Hindsight!!
NO, I did not buy the box. I wanted to.
Lesson? Ammo, toilet paper, paprika. More than we could ever want or use. Always on the shelves/affordable in the days of old.
The After is already here. You and I have only days now to get our ducks in a row, put in stores for the family and have plans. I believe this is worldwide advice. Varying degrees, but good advice.
How much are you willing to pay for just one roll of toilet paper? How about one can of soup or one bag of rice/beans/pasta? A loaf of bread if you can find one?
Canning supplies have already quadrupled in price; are not available in stores we have shopped. Shortages. That ship has sailed if you were planning last minute canning in October.
...................
RICE AND BEANS
Always a fan of both. Maybe it is the "goopiness" of each and how easy they can marry to a main course. Be the main course.
These are main staples and an opportunity for me to learn some of the simple nuances of cooking, seasoning and serving. They are also staples that should be in an "After Pantry".
Foods in the After Pantry ought to be foods that are already in a family food loop. Besides, today they are affordable, available in quantity and prove to be a great filler food for any meal. They are also comfort foods that will prove of high value.
This also a good moment to mention spices.  Enhancing flavor using spices will be a great skill set in the months ahead.
A can of mild Rotel tomatoes has proved to be very versatile this past month with The After meal making.
My mother's secret ingredient was chicken bullion. Cube or powder. I swear she sprinkled that on every vegetable, potato and meat she cooked. She said that adding chicken bullion was her secret ingredient.
She could also add a can of cream of mushroom or cream of chicken soup to rice as a base on which meat rested in the oven for an hour or so. Every time the meal and rice came out fluffy and full of flavor. I have tried to replicate but the rice never ever achieves that simple fluff and soaked in flavor.
Learning how to season basic food stables can make a damn fine meal that will feed all who sit around the table. Young and old.
This week saw some cooking of beans with rice from the After Pantry.
...................
THE MASKS WE WEAR 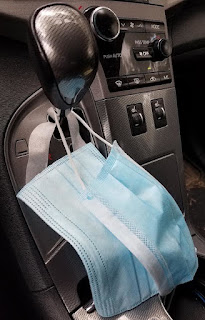 Her and are firm believers that if we have not contacted C19 by now, chances are we are good to go. Given we have have both traveled the world and both been exposed to most of what the globe has to offer, our immune system is proving itself. Add to this that in leaving for some of those far off places always required a myriad of shots just to get out of the country.
That said, we are mandated to have on a mask just to enter some of the big chain stores. Today though, just covering the chin suffices.
Some employees also do the chin mask and office workers sit at their desks without masks .
Government mandate for entry alone into to any business is extreme overwatch. Tis' for power and control of peeps.
If ever there were masks the serious wearer should not use are the masks that are worn daily, repeatedly taken on and off or constantly touched and adjusted time after time. The contamination quotient of these masks is unmeasurable. The human respiratory system is not designed for this kind of long term FALTERED filtering environment.
I often joke that if everyone was forced to wear a gun to enter and exit public places, the comedy of error headlines would sink a news outlet.
Painting the human species with one common brush has never worked and never will.
I am though still amazed at how many folks have so easily been converted to this behavior seemingly without giving any thought to it or do so out of simple acceptance of the rule.  And no thought of the individual self killing their own immune system.
...................
PROPER NACHOES 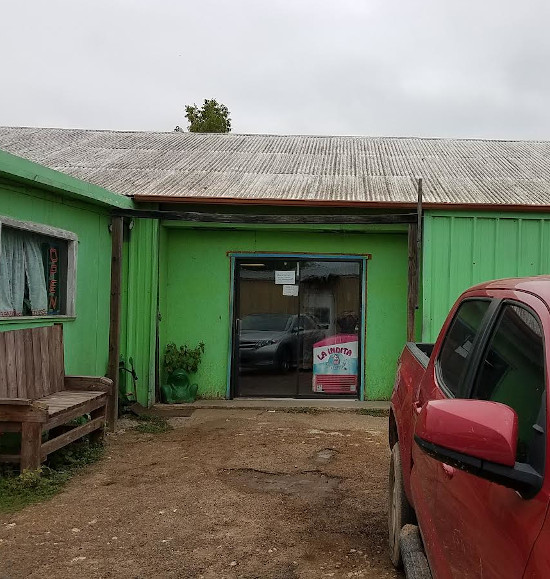 We have passed by this restaurant quite often the past couple months. Problem was the major street construction in front of the restaurant. We looked at negotiating the back dirt road and alleys, but did not work hard enough to find a place to park.
This past Friday, all street construction completed, we grabbed the chance for lunch. Our Central American friends have told us that "a lot of white people eat there." Calling it what it is!
The outside of the building and passing by casual observation does not scream, "Exceptional food, service and ambiance inside." But we are always drawn to eateries like this. Always. Out of the way where locals eat daily. These restaurants often outshine the main street eateries flowered with lights and signage. White people eat there, too.
Her ordered proper nachos and my first go to meal in any Mexican restaurants is beef enchiladas covered in melted cheese/sauce with rice and beans.
Our initial expectations were quickly surpassed. Yep, white people do indeed eat there. Add a constant flow of locals in all shapes, sizes and colors. Folks who eat here know the restaurant. A go to place where staff is happy, upbeat, quick, efficient and all makes any customer feel as though they in the comfort of home with someone else doing the cookin.
The food is served as it comes out. No waiting for everyone's order to be ready.
Entrance requirements are shoes, shirts AND pants.
The weekly specials were listed on the wall but all in Spanish. I did not know what Friday's special was and had already married myself to having enchilada's. Friday's special was listed as "Caldo de Camaron."
As we were finishing up our lunch, the waitress brought out large bowls of soup to the table behind us. The large colorful bowls got my attention as I am a soup fan to the "Nth" degree. I asked the waitress what that was and she said "seafood soup; todays special." And in that moment, she set the hook. Next Friday will be Caldo de Camaron for lunch. No menu needed. 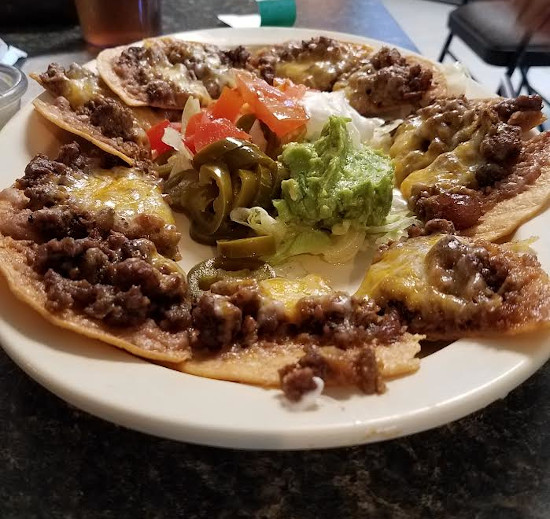 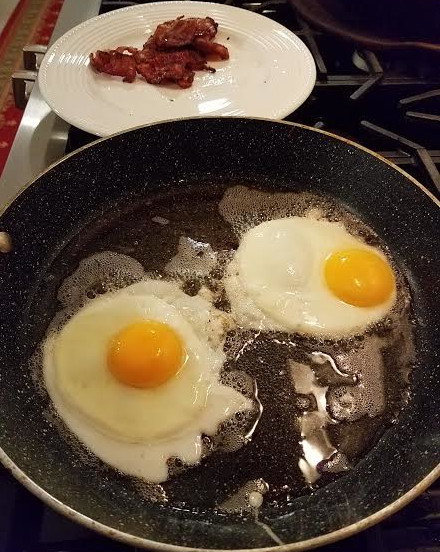 .......................
There is a famous line in the movie "The Right Stuff" where advances in the space race and setting of aviation records were qualified in that they will/may take place, except "for some unforeseen event." This is plugged in several time throughout the movie.
The days ahead will be peppered with some "unforeseen events."
"Crap, never saw that coming!"
Days, my friends, one month left to get as many of our ducks in a row as we can!! "Git Er Done!"
Appreciate your time and visit this week.
Posted by ymata at 5:14 AM