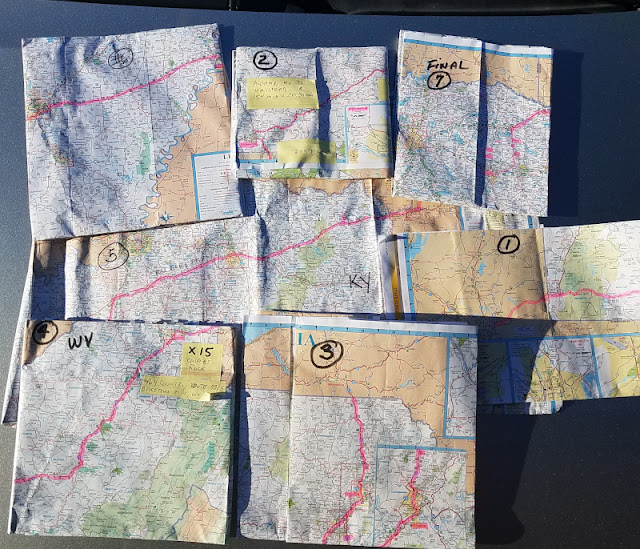 
After three years of talking and winters increasingly challenging as we age, we packed up a home of 17 years, threw away a million little things and headed to Texas. A few forever friends and our son in new ownership of Full Circle Farm, we left with two cars in tandem, southwest to Texas with those folk forever in our hearts.

The rigors of 4 months of packing and moving are beyond anything I wish to relive or overly explain. I liken it to the thrill of being invited over to watch home videos. Suffice it to say that moving a home of goods and memories 9 states away will never be forgotten and those daily chores wanting not of re-telling. 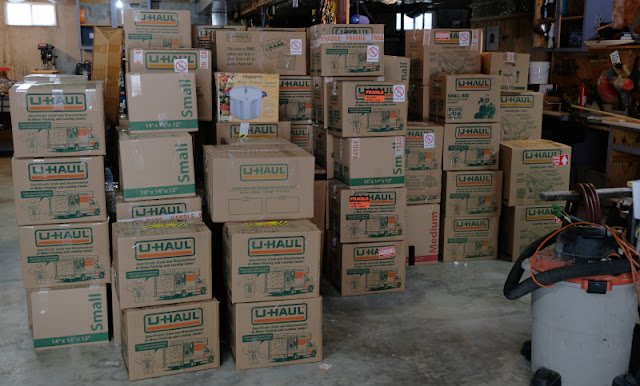 Just a fraction of the 205 boxes we packed up.

We headed through New Hampshire to Vermont, New York, Pennsylvania and landed in West Virginia at the end of day one. A few miles shy of 700. That night's Airbnb provided a most comfortable bed and a solid 6 hours sleep before we started day two. The beauty of that property was lost in our exhaustion.

WE HUGGED A GIRL IN WEST VIRGINIA.

After several hours on the road day 2, we stopped for gas and approached the eatery at that road-side stop. Come to find out, WV had just opened up restaurants and like children, we were excited to be seated. We were handed a menu and the morning's first cup of coffee was poured at our table. Our waitress said we were her second customer after the re-opening. She was as eager for some social contact as we were. We chatted and chatted. She received a very good tip. 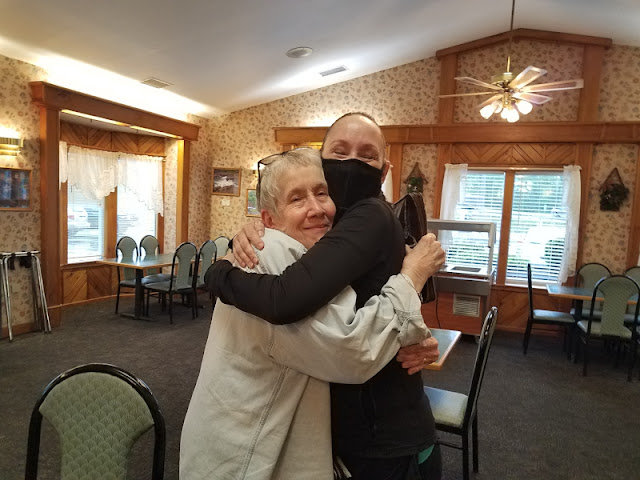 West Virginia through Kentucky and overnight in Tennessee. Driving in trail, walkie-talkie in hands, my wife and I exchanged lead. Heavy, hard driving truck traffic was reassuring that goods were moving, but kept our mental work on high. Again, our overnight Airbnb setting was ignored as throwing a few items on the floor and drop dead sleeping won over night two.

TENNESSEE THROUGH ARKANSAS AND TEXARKANA INTO, NOW HOME STATE, TEXAS.

Day three held one major goal and that was arriving at our first month rented Airbnb near Pittsburg, Texas. We were to finally land with much work and worry behind us. Job one became home hunting the following day.

Picked up a rock off an eighteen-wheeler outside Texarkana and lost the windshield on the Venza. But we had a “home” to base from and help finding someone to do the repair/replacement. 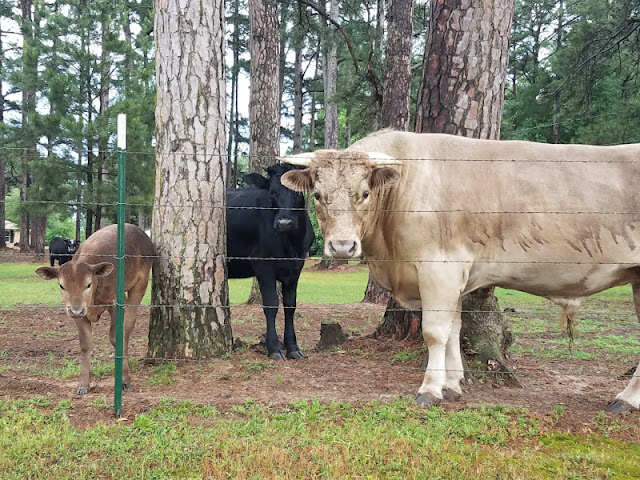 Curious neighbors across the road.

A TRAIN RUNS THROUH IT. 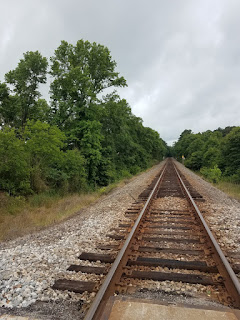 We live across the tracks now. Three tenths of a mile. Parked on 70 acres;  an historical family-owned homestead. 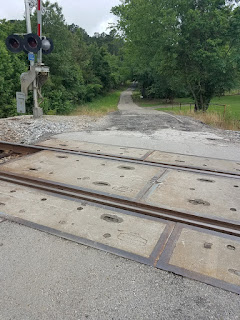 The trains run several times a day and night. We can hear and feel them coming and going.

They are not so loud as to sound like they are coming through the house, but loud enough to be romantically enjoyed. My wife and I both love trains.

There is still order in the world. Goods are moving. East Texas is open for business. 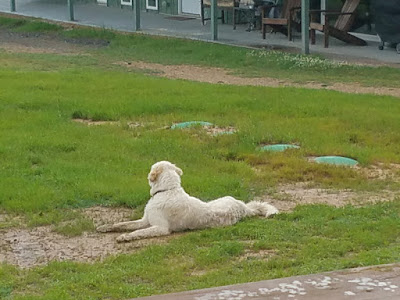 We have gained a few dogs here on the land.

Our landlords have two Great Pyrenees and they are gentle as lambs with a relaxing low slow bark that sounds more like small talk more  than announcements. Two other dogs of other breeds also tag along on visits.

The dog pictured at the right loves the mud and is usually darker in color on a daily basis. Here after a recent hard rain, the dog was looking north and laying in the only mud puddle on that section of lawn. Happy as happy can be. 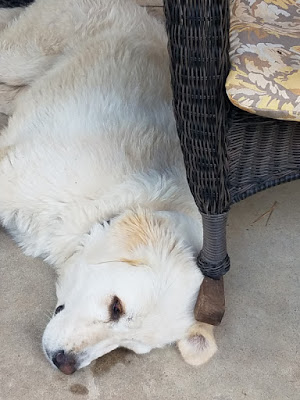 The other seems to stay cleaner.

Both dogs had shed 13 pounds of hair each, a week earlier during one of their fur trimming visits.

Not a sound nor movement goes un-noticed on this land and their daily alerting has become a white noise.

Hogs moved through the property a few nights ago and the owner finally let them out of their pen at 3 AM to run them off.

They had no intention of quitting barking until some one let them run.

The After is back to weekly blogging with a Sunday publishing planned as before.

I am going to put this crazy world on hold. Have fully enjoyed being absent from media for quite awhile now. No media news at all and have just recently returned to visiting a few old blog sites on the net. But for now the politics of people and things will be minimized.

Take care of yourselves as always. Thanks for the visit and patience with my absence. 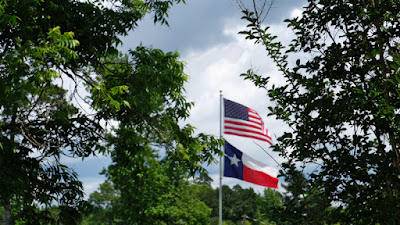 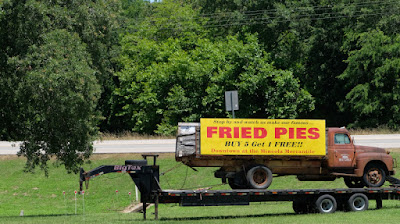 WILL HAVE TO TRY ONE OF THESE 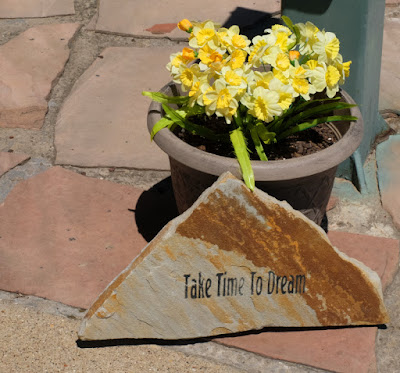 PAINTED ON THE SIDE OF A STORE 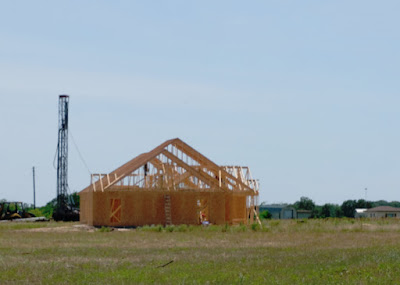 A LOT OF NEW CONSRUCTION IN EAST TEXAS