Made up my mind and came here early last week to announce a “time out”, a HIATUS. Back on the 4th of December was the plan. But one comment said thanks for posting and that was all it took. Just one person. So, instead of cutting the reins for awhile, I will try simple and short for a few weeks.

These past two weeks have been a good test for me/us here with things going wrong. Little things that change the contents of a normal day extending into normal weeks.

Mechanical things fail and I have never given this much thought in the After. We have back-up, but would no longer have had the convenience of an in-home system. That would be a daily chore to have hot water. We still had electricity, but lost the hot water heating system and one heating zone from multiple inline failures.

I will take these past few weeks as notice that we need to pay closer attention to the things we do have, to make sure they are where we can find them, that they work and that we know how to use them. Dead batteries in the hand-held radios and where in the hell is the portable shower? 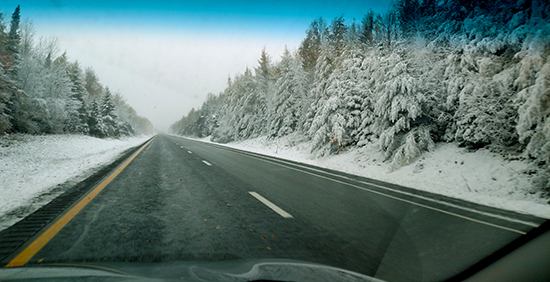 Below freezing this morning, mid-week. The cold goes through me quicker and easier as I get older. Aches and pains seem to come on quicker. I do not like getting old but it happened so fast.

Most likely gonna be a new world after elections and going into Thanksgiving. Think of getting your turkey and fixins' early, especially if you are like me and enjoy the whole turkey dinner, next-day sandwiches on fresh bread, leftovers smothered in gravy, home-made turkey soup and the Tryptophan nap.

Elections are days away but God forbid, if after the elections, this all continues on as the only game on planet earth ad infinitum.

That was where the post was to end. A spraying shotgun approach to this week's Sunday post. Just getting something out is not a good mindset or approach to posting. Nor is constant pissing and moaning a motivator for folks to come visit this blog. I am searching for a consistent platform from which to write, but have yet to find it.

This weekend morning, I find some clarity to the funk. This is not even hitting the nail on the head but maybe I have come to, or am coming to, a better understanding of the new world we are living in and what it may look like in the not too distant future.

I  am still  resisting but if this new world is the case, then it's best for me to let go of most everything I worry about and wish were not so. Maybe better understood that I should quit hanging on to, wanting the old ways or "wish pushing" the greatness of America in hopes of more awakenings. It is better I work and learn this new global world.

The following two videos got my attention. A matter of fact slap-in-the-face on how we treat each other and how we hate. To think we can have any kind of conversation is blowing smoke where the sun don't shine. Hard to have a conversation with a boot on your neck while everyone watching just watches. History repeats itself, my friends. That is why we study it.

This is the homeless woman taking a stand and protecting Donald's Star.
Also here 1--here 2--here3.


The crowd watches bullies take down an elderly woman and continue to belittle and poke at her, laying on the ground and as she is unable to protect herself.  This is us. We all own this.

To the few of you around the world who come to visit this blog from time to time, this is a glimpse of America today and we are not proud of it. And know from the hearts of the American people, this is not who we are. This is who 1% are.

The old woman represents the homeless, the down-trodden, the dirt people, the deplorables and the irredeemable. This is a teaching moment that we are on our own and no one is going to stand and protect us, even if we ask.

No women's rights organizations are coming to help this woman. It appears that  THIS black woman's life does not matter. This bullying is ok yet flies in the face of the politically correct tide against bullying. Day or night, black or white, right or wrong. Either it is or it is not!!

The man and crowd ask the old woman on the ground where Donald is? Telling her that Donald is not here to help her. Others follow in the chant. I do not believe this story is over.

Is this is what is ahead of us? Watch the video.

If the future is Urban, and human interactions will look like this, than that little parcel of land to grow vegetables and chickens on, located as far away from Urban growth, might be worthy of serious considerations and actions, sooner rather than later.  Thousands and thousands have already fled the big cities for safety and quieter controlled life styles.

Heads up, knees bent, PDA off, think, work and act for the long haul.