Something is very wrong when young men and women have to leave their family and country forever. There was no going back and a decision like this, was one of those times. The opportunity to come live in America with freedoms and choices overshadowed all that was left behind. Decisions made by teenagers. 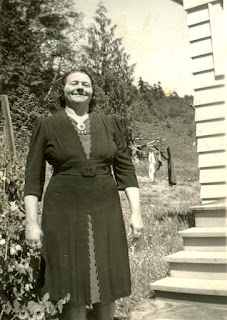 Sold into indentured servitude, Rose too arrived to America through the front door. She was to become a man's wife for the privilege of coming to America. Debt paid via the marriage. Lucky for Rose, she could work off the debt should she choose not to marry, which she did. Several years of labor to pay that debit for the opportunity to become an American.

Also from Russia, Rose knew not a word of English when she arrived and boarded a train for Chicago. As the train moved out of the gates, the attendants handed everyone on the train a banana. Rose had never seen a banana before and did not know what to do with it. She sat holding the banana and watched. Others peeled, then ate and then did Rose.

The desire and cost to come to the freedoms of America, like no other place in the world, was high. The desire to be free, was worth the price. Fleeing the constructs of invasive government and life sworn servitude to the leaders was nothing to ever return to.

I have been free my whole life and cannot fully understand all that my grandparents went through to get here. Any life inside the ensured poverty they were born into, held no promise. America offered the light of freedom. These two people came to this country to work, design, build, raise families and do their best to shore up these lands so that they did not become the lands and times they fled.

But today, a little over a hundred years later, friends here are seriously considering moving from the live free or die state. Not idle talk over a beer or cup of coffee. Friends, like us, moved here because there was no income or sales tax. A smaller government but surrounded by increasingly invasive and oppressive states. Live free or die is an American love and life style. The walls of our Capitol building are covered of men in revolution against a tyrannical government. Their faces, flags, and campaigns know every corner and crook of that wonderful building.
Some friends planing to leave here, are younger and have skill sets that will allow them to find jobs, grow crops, hunt and raise live stock. They have the ability to turn a dollar, pay the bills and set up life with like minded people. They will take with them no plans to change their their new local / state government. No desire to shape others into an agenda. Like my grandparents, they feel the pressures from an ever growing invasive government. Selling and leaving all they have built to again find like minded communities where freedom is a corner stone. But they take with them the spirit of live free or die. A living motto.

Suffice it to say I am torn. I am tired from the worry. I often wish I could shrug my shoulders, turn my back and simply live each day outside the barrage of garbage being dumped on our shoulders. Turn my back that today our children, like Rose, are being born into servitude and poverty. But I cannot. 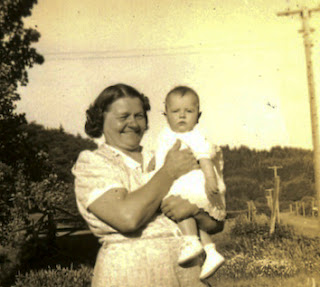 I spend too much time talking to myself and shaking my head in lost understanding. I know that. Yet there is a deep spark in this native Norwegian, Russian, American heart. A spark, that rests and was for ever lit the day I was born here. It is the same spark that rests in all of our hearts. Our spark of freedom is genetic now and can never ever be put out. I do not have to explain that to an American. It is the spark that others come here to find, and sadly, others come here to extinguish. Attempts by any or all to forever extinguish this spark, will ignite a fire beyond imagination.