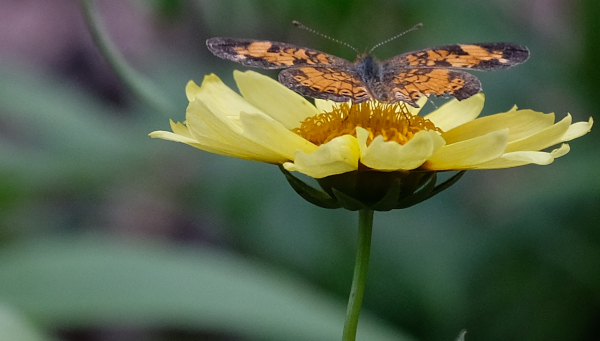 All sizes, colors and breeds. Some sold by the pound, moms with calves, all urged through the circular gate, bid on, sold and moved out. Quick, efficient. Prices range from $300 to $1500 each. Most around $1000 if I understood the auctioneer correctly.
Cattlemen sit in raised arena chairs watching and bidding. A unique sight of cowboy hats, blue jeans and boots. You could cut the atmosphere with a knife of this is serious business walking into that sale barn.
Maybe 700 sold this day I accompanied our neighbor to this auction. No beef shortage, but all on the hoof. Where this slows down, beef to the consumer, is in the processing. The waiting period to get a cow slaughtered is slowed down due to high demand and not enough facilities. Slaughter costs are high.
There are daily/weekly auctions in our little corner of the world. Given the size of Texas and beef being a major industry, there are hundreds of auctions like this daily.
My grandfather butchered twice a year.  He and my father would head to the barn and two hours later a cleaned, skinned carcass hung from the barn rafters. A "river running through it" took care of the debris. The meat fed the family and was barter for other goods and services.
The entire cow was food. All of it. Some of what grandma put on the table was devoured by my grandfather and farm hands like candy. Delicacies.
I am still not man enough today to partake in some of those cow parts. No hair, teeth, tongue, brains or eyeballs for me.
...........
FROM YEARS PAST
The worst Harley Davidson riding day in our life time!!
The road from Little Big Horn to Sturgis. 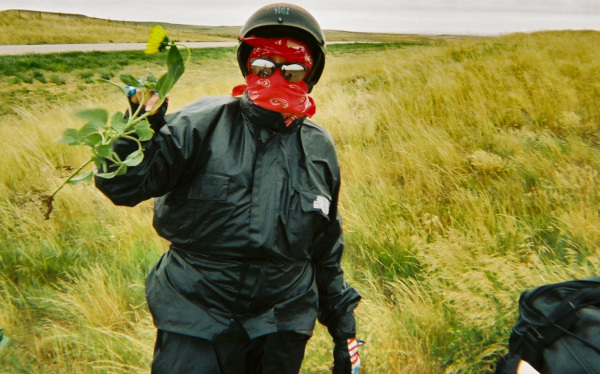 My wife pulled this flower and holding it, showed how hard the wind was blowing.
We had just finished a 30 mile stretch of mud soaked highway. Slip sliding the whole way. Had we dropped the bike, there was no way in hell we could have picked it up and started moving again. Eighteen wheelers ahead of us; eighteen wheelers behind us. This woman had her arms around my waist the whole time, just loose enough to allow me to breath.
Somewhere mid USA en-route NH to Seattle. 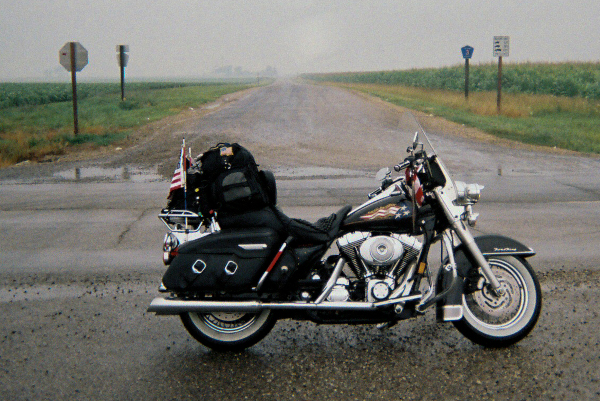 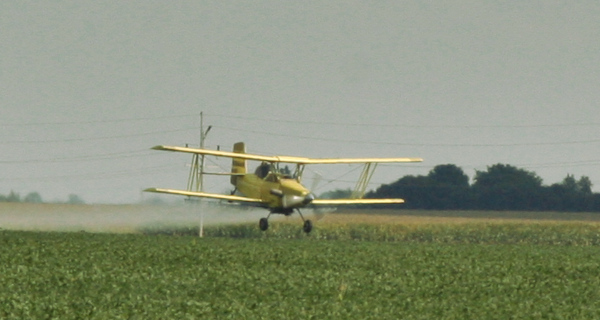 A-10 in formation with refueling tanker over middle NH 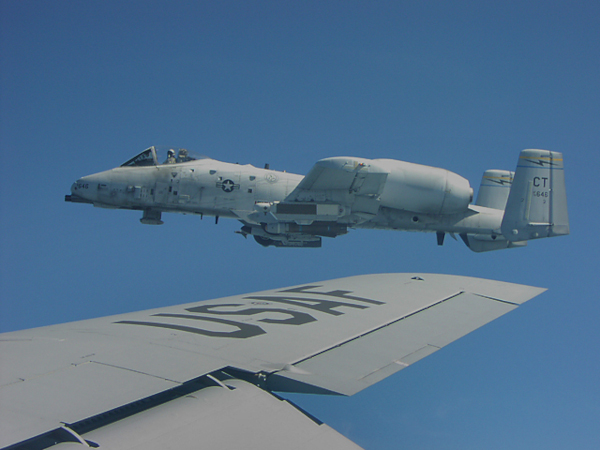 In the days of old when civilians could ride in military air craft while mission training. Only pilots wore masks.
............
MID WEEK
"and just like that," weather changed from too much rain to none at all. Replaced by high temperatures and humidity. Walking outside is walking into a wall.
Now, what needs doing and attending to must be done before 10 AM or at late sunset. Garden-full watering just after breakfast and both the tomatoes and squash start stressing at 3 PM. Another half-gallon of water each bucket and they perk up instantly. Green peppers stress daily, those that are in the direct sun. More water does not help. Those planted with some shade do not stress. Both producing. Everything producing.
Was going to share more photos but my glasses and the camera fog up instantly going outside.
SHE GOT CATS
I agreed she could and meant it. We have been talking. Trying to head off cat problems. Need outside house and protection? Said ok to growing up a month in the shop. Air conditioning and fans.
That afternoon found us doing the back alley kitten transfer of free 8 week old kittens. Her got to choose two out of the five.
"Aren't they cute?" Her is happy.
Cats appear to be user friendly. Like the human touch, but quickly learned to cry for the sudden change in their life. Remember last post I said she wanted killer cats.
The killer cats we had up north wanted nothing to do with us. Ever!! They did kill and lived many a year. We all learned to co-exist at best. But these little kittens want and love the human touch.
The next morning, you would think these kittens had been beaten all night or subjected to mental cat torturer. Screaming meows and of course they had turned their cage into a mess. Their claws are out to hold on to everything, but they do not scratch us. The claws go in and it is paw pad on our hands and arms. Never before have I seen a small cat parkour sideways across the side of a wire cat cage.
Cleaned and fixed the cage with another shelf to crawl on. Different feeding dish and so forth. No names yet. But, "Aren't they cute?"
Later in the week her named them Thelma and Louise. Maybe fitting.
Took them to the Vet Friday. Shots, clean bills of health and all the screaming is normal. I wanted to name Louise "Karen" but my wife did the look and said no way. I laughed (to myself).
Week wears on. Cat house on the way from Amazon.
..........
THE PRICE FOR STANDING MY GROUND
From The Burning Platform blog. A wonderful and thoughtful read. You will enjoy.
CDC IS WORRIED
A very good follow-up read from Vox Popoli blog.
DAISY LUTHER DEFUNDED
From the Organic Prepper blog site. A long time blog I have been reading. A good read when they come for you. Her response is one of the reasons I enjoy her site.
"IT IS THE STRAW THAT BREAKS THE CAMEL'S BACK"
We have all heard this said before, one time or another. There is truth in this old idiom.
Quite often while I was growing up I would hear someone say, "that is the final straw." Consequences soon to follow.
As I read my daily blog lists, once early in the morning and then again skimming at night, I have been wondering what is it going to be? Or will there ever be that final straw? Will we go on to ad infinitum in this C19 and political turmoil into a final abyss?
My gut tells me that there will be a final straw. It will be clear to most all folks that enough is enough and that a single defining event will force start a turnaround.
The turnaround will not go gently into the night nor be self-repairing. Whatever happens will be clear to everyone that the event will happen to all of us sooner rather than later.
If we do not stand because of the event, we will never stand. Sobering. The turnaround will last months, maybe years and that does not bode well for the American consumption and need for immediate/constant gratification. The wanting to move on. Head in the sand and all of that.
Pull any headline today and bring it up in conversation ten years ago. How would folks around react? "Never happen!" - "That is crazy talk." Fuel for conversation would fizzle out of the sheer impossibility of such actions, behaviors or political positions. Probably too far-fetched for a good movie unless it was a comedy.
A lot can happen in ten years, huh?
As always, thanks for the visit this week. Heads up. Add to your stores this week.
Posted by ymata at 4:13 AM